Former Pakistan captain Wasim Akram feels that the ongoing series against England is India's worst performance in Test cricket ever since he quit the game in 2003. 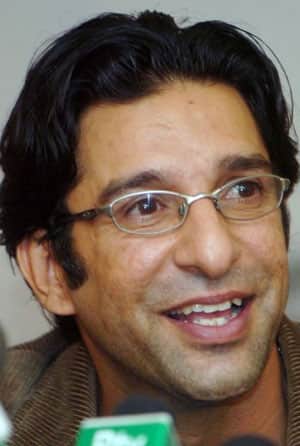 Former Pakistan captain Wasim Akram feels that the ongoing series against England is India’s worst performance in Test cricket ever since he quit the game in 2003.

England thrashed a below-par India by an innings and 242 runs in the third Test at Edgbaston yesterday to not only take an unassailable 3-0 lead in the four-match series but also snatch away the world number one status from the visitors.

“This is the worst performance by India in Test matches since I retired from cricket. India may have had Test defeats in 2003 but their graph improved after that. India have played very well under (Mahendra Singh) Dhoni in the last couple of years but this defeat is really deflating,” said Akram.

India have looked ordinary in all departments of the game in the series so far, but according to critics what costs the visitors dearly was the failure of its famed batting line-up, which is yet to cross the 300-run mark on the English soil.

However, Akram begs to differ as he feels that the depleted and ineffective Indian bowling attack is to be blamed for the debacle.

“The Indian bowling has looked very ordinary in the three Tests so far. Praveen Kumar and Sreesanth may be swinging the ball but the control is missing. Ishant Sharma looked jaded. I have not seen or heard a side scoring more than 700 runs in England recently,” he said of the Indian attack, which allowed the hosts to post a mammoth 710/7 declared in the first innings at Edgbaston.

“English conditions are conducive to swing bowling but the Indian bowlers just could not seize the opportunity. They were all over the place,” Akram told Mobile ESPN.

“(Amit) Mishra picked up wickets but was very expensive and that’s why MS Dhoni had to use Suresh Raina. When the English batsmen formed partnerships, the bowlers were all at sea and did not know what to do.”

To substantiate his statement, Akram cited the example of English bowlers impressive performance in the three Tests.

“The English bowlers have looked menacing in familiar conditions. James Anderson, Stuart Broad and Tim Bresnan utilized the conditions to their advantage. They are good bowlers who look the best in English conditions,” the cricketer-turned-commentator said.(PTI)

The Big Question: Indian team a bunch of cricketers or modern-day slaves?