Matthew Wade s competing for a spot to don the gloves along with the incumbent Tim Paine and young gun Alex Carey.

Australia s veteran wicketkeeper Matthew Wade lets his bat speak for himself. The snubbed glovesman, who scored a 65-ball century in the JLT One-Day Cup against Victoria on Wednesday is hopeful that his recent knock will help boost his chances for a possible comeback to the Australian cricket team side.

Wade s competing for a spot to don the gloves along with the incumbent Tim Paine and young gun Alex Carey.

Paine has almost surrendered his role after Australia were hammered 0-5 in England earlier this year. The inexperienced Carey, meanwhile, has found favour with the selectors in his rookie international year when he was made vice-captain of the national T20 side.

However, Wade said that his run-scoring abilities are far superior that his rivals. In his last eight innings across all formats, he has scored four hundreds. “I’d love to play at the World Cup and that’s something I’m striving towards,” he told cricket.com.au on Thursday.

“I was disappointed to get dropped from the one-day team (last year), I thought I’d put some pretty solid years together. Others will get their chances … I think Alex Carey is going to be a terrific cricketer, but I feel like I’m playing as well as anyone in the country at the moment.

“I hear a lot of talk about players making hundreds and in one-day cricket I’ve made plenty of hundreds, probably more than most wicketkeeper-batters in the country. So if they want to pick me, I’m ready to go.”

But all is not lost even if he s not picked for the World Cup. “I’m really comfortable with where I’m at outside cricket. I’d absolutely walk away satisfied with what I’ve done at the next level.

“I just don’t want to walk away giving up all hope and cruising through the last three or four years of my career. I want to make sure I give it every crack.

“Whether I get picked or not, it doesn t faze me too much. I don’t wake up every morning wanting to get picked for the Australian cricket team. I just want to be as good a player as I can be.” 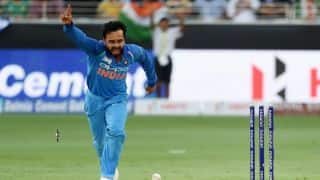 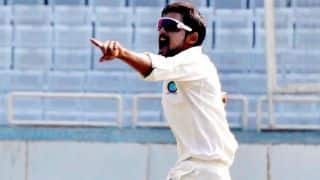