Delighted with the resumption of bilateral cricketing ties between the arch-rivals after a gap of five years, former Pakistan captain Intikhab Alam on Thursday said it is now India's turn to tour the neighbouring country. 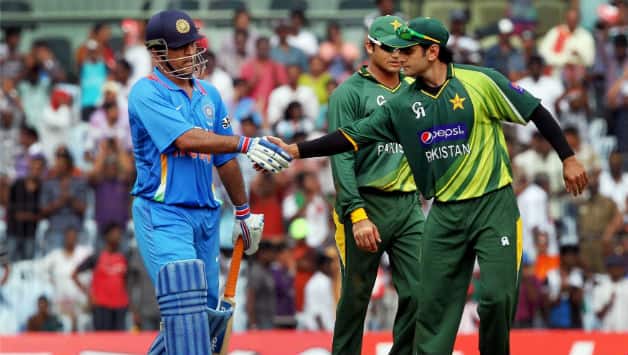 India last toured Pakistan for a cricket series in 2006 © PTI

Delighted with the resumption of bilateral cricketing ties between the arch-rivals after a gap of five years, former Pakistan captain Intikhab Alam on Thursday said it is now India’s turn to tour the neighbouring country.

“I think the best thing about this series is the revival of Indo-Pak cricket. I would like to see Indian team coming to Pakistan and playing a few ODIs and T20s. I think it will be wonderful if we can do that,” he said.

“I am really happy to have come here and watch the match.

But we will be happier if India comes and plays in Pakistan,” Alam, who was invited by the CAB for a felicitation ceremony to mark the 25 years of Indo-Pak ODI matches, added.

Alam, meanwhile, said that the Indian team would take some time to rebuild the side after the retirements of the likes of Sachin Tendulkar and Rahul Dravid.

“If you lose three-four class players or match-winning players, it takes time to rebuild the team. It’s not like you take a magic wound and get things right. My feeling is, it takes about 10 years to find good players.

“And then the amount of passion they have, the fitness levels…it all depends on various factors,” he said, adding that the stress should also be on having good vision and good selectors who have eye for talent.

Recalling the time when he first saw Sachin Tendulkar, Alam said, “I remember him coming to Pakistan for the first time when he was 16 years old. He played his first match in Peshawar when he hit a couple of sixes off Abdul Qadir. Even at that time you could see that the guy had lot of talent.

“And over the years, the way he has carried himself, he has been a great ambassador for India.”

On the current Pakistan team, Alam said, “You have to give credit to Pakistan cricket. I don’t want to go into the past, but we too lost three quality players (Salman Butt, Mohd Aamir, and Mohd Asif) all of a sudden. But then I think we have done well.”

Heaping praise on Nasir Jamshed, who has scored back-to-back centuries in the two ODIs against India so far, the former Pakistan coach said, “He had some injury problem but he has worked exceedingly hard to get himself fit. He is very talented and I am really happy for him.

“When I was involved, I thought this guy had a lot talent. We are lucky to have him in the team. He will go a long way,” said Alam.