Shaw is not ready to feel the pressure of justifying his prodigious talent through such bold claims. 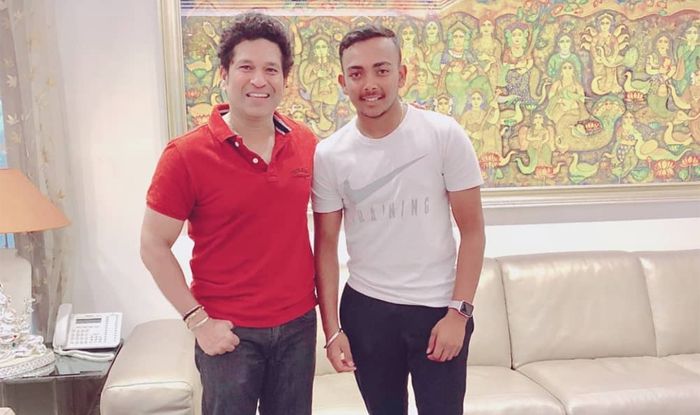 As flattering as it is, young Prithvi Shaw has made it clear he would does not want to be compared to the great Sachin Tendulkar, amid the similarities that have been drawn between him and the batting legend. The cricketing fraternity has gone all out in comparing the two, with former Australia batsman Mark Waugh believing Shaw’s technique is “just so much” like Tendulkar’s, during the 20-year-old’s debut against West Indies in 2018.

That said, Shaw is not ready to feel the pressure of justifying his prodigious talent through such bold claims, although he does seek advice from Tendulkar, saying the batting legend is always available to offer help.

“I am thankful to him (Waugh) for comparing me to the likes of Sachin sir, but I have just started my career and I wouldn’t like to compare myself to a legend like Sachin sir. It’s his generosity that he’s said something like that. It will be an honour if I can just keep learning from such legends, which will help me improve my game and improve as a person too,” Shaw told Times of India.

“Whenever Sachin sir is in Mumbai, I try and meet him. If I am practicing and Sachin sir is free, he just comes to the nets and gives advice. Whenever I feel any discomfort with my batting or need any advice, he is someone who is always there for me. He has told me to feel free about calling or messaging him anytime. He has helped me a lot during my journey.”

Beyond Tendulkar, Shaw is equally grateful towards two other legends, who’ve helped shape him during two different phases of his career. Under Rahul Dravid, Shaw admits to have grown immensely, coming through the ranks playing for India A and Under-19 teams and also leading the latter to a World Cup title in 2019.

“Rahul sir has played a big role both in my cricketing life and life beyond the boundary rope. Being a disciplined sportsperson himself, Rahul sir talks about those things. I have really learnt a lot about the mental aspect of the game from him. A lot of things that I have learnt in the past three-four years during my U-19 World Cup journey as well as India A, are due to him,” added Shaw.

Once Shaw made his India debut and bagged his maiden IPL contract for Delhi Capitals last year, he had the opportunity to work in close quarters with another legend last year – Australia’s two-time World Cup winning captain Ricky Ponting.

“It’s been great fun. someone who has played international cricket for more than 15 years, scored tons of runs, and has handled pressure at the highest level consistently. He has done a great job with the Delhi Capitals. He is such a nice coach to have. Yes, I do keep in touch with him. Not on a regular basis, but sometimes, I do have a chat with him. He is a really good friend and never says that ‘I am your coach.’ He always treats the Delhi Capitals as a family. I also learnt a lot from Sourav Ganguly sir when he was with the Delhi Capitals.”

From Dravid during his Under-19 days to Ponting at DC, to now being guided by Virat Kohli and Ravi Shastri, Shaw reveals he’s enjoyed tremendous backing upon his return to the Indian team in January.

“Well, obviously Virat bhai and Ravi sir have backed me since my debut,” Shaw said. “They have always been nice to me. They know where I have to improve. We have had a lot of discussions about that and they have backed me nicely. They really believe in me and my game. They also believe that I can improve my batting and fielding, and I am working on those things. There is no substitute for hard work and patience. 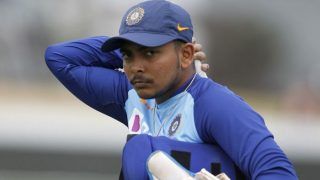