What has added to impetus to Saha’s diminishing signs of a comeback was Rishabh Pant’s inclusion for the Test series against Australia.

Wriddhiman Saha last played a Test in January this year on the tour of South Africa, but an injured hamstring in the opener of the series and an injured shoulder that saw the veteran wicketkeeper-batsman miss the last leg of the Indian Premier League (IPL) this year meant that Saha’s return to the Indian side is in jeopardy.

What has added to impetus to Saha’s diminishing signs of a comeback was young ’keeper Rishabh Pant’s inclusion for the four-match Test series against Australia next month.

Former India captain Sourav Ganguly has thrown his weight behind Saha, undergoing rehab for his shoulder injury, and said that the Bengal glovesman has been India’s best wicketkeeper in the last five to 10 years.

“He’s out of the team for about a year now but I think in the last five to 10 years’, he has been India’s best glovesman. Hope he recovers soon,” Ganguly said on Sunday.

India will not be playing any Test after the Australia series until July 2019. “Injury is not in your hands. A wicketkeeper has to dive and he got injured while diving. It takes a certain time to recover. The faster he recovers, the better it is,” said Ganguly. 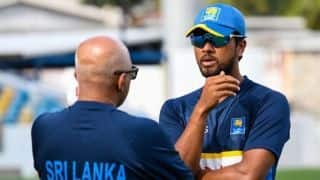 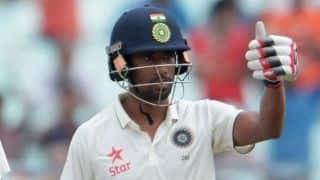 I hope to be back in action by mid-December: Wriddhiman Saha