A longstanding back issue and a wrist injury picked during the ICC Cricket World Cup 2019 are reportedly behind MS Dhoni's unavailability.

A longstanding back issue and a wrist injury picked during the ICC Cricket World Cup 2019 are reportedly behind MS Dhoni‘s unavailability.

Dhoni, who last played for India in the world cup semi-final, has skipped two straight series in West Indies (T20Is and ODIs) and South Africa (T20Is) with no specific reason being given by the team management.
As per The Indian Express, Dhoni, who has complained of a troubled back going as far as the last season of Indian Premier League, aggravated it while the world cup in England. Add to it, he ended up hurting his wrist during the tournament following which he has not been picked for India.

However, during his sabbatical, the two-time world cup winning captain, has served with the Para Regiment of the Indian Army in Kashmir for two weeks.

A recent report also claimed that Dhoni, 38, will not be available till November this year meaning he won’t be part of domestic one-day competition Vijay Hazare Trophy and the home T20I series against Bangladesh either.

He could though return for the West Indies series. Rumours of his retirement have been doing the rounds ever since India’s semi-final exit defeat to New Zealand in world cup.

Former India international Yuvraj Singh had recently said that retirement should be Dhoni’s call alone and if he’s still interested in playing for India, then it should be respected. “He needs to decide when he wants to go out. He needs to take that call. If he wants to still play, that’s his call and we need to respect that,” Yuvraj had said. 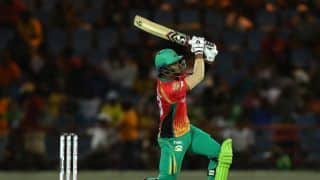