Here is the list of the top 3 wicket-takers for India against New Zealand from the World Test Championship squad.

Team India is all set to lock horns against New Zealand in the summit clash of the World Test Championship starting from June 18 in Southampton. After retaining the top spot in ICC Test rankings, India have a tough task ahead to grab the inaugural WTC trophy. New Zealand have played dominant cricket in the past couple of years in red-ball cricket as they also managed to beat India in the Test series at home in early 2020.

The pitch at Southampton is expected to assist the fast bowlers with some swing to offer and New Zealand have a well-balanced attack for the conditions. Trent Boult, Tim Southee, Kyle Jamieson and Neil Wagner are expected to create some troubles for the Indian batters in the big-ticket finale.

However, the Indian bowling attack has also been one of the fiercest in the past couple of years under Virat Kohli’s leadership. India have dominated the opposition in every condition with the bowl and in the final against New Zealand, the bowlers will have a big task ahead to exploit Kane Williamson and Co.

The current Indian bowling attack comprised an excellent mix of experienced and young players from Ishant Sharma to Mohammed Siraj.

Here is the list of the top 3 wicket-takers for India against New Zealand from the World Test Championship squad:

1. Ravichandran Ashwin: The spin maestro has been top performers for India in red-ball cricket since his arrival in international cricket. Ashwin has won the match on its own on several occasions and against New Zealand, he has a top record with 48 wickets in just 6 Tests.

2. Ishant Sharma: The veteran Indian pacer has recently claimed his 300th wicket in Test cricket and will look to continues his golden patch in the final of the World Test Championship. Ishant has a rich experience of playing against New Zealand and claimed 35 wickets against them in 7 matches.

3. Mohammed Shami: The reverse swing specialists in the current Indian bowling attack – Mohammed Shami will be key for India in the English conditions versus the New Zealand batters. The 30-year-old has picked 23 wickets in 7 matches and will look to add some more scalps to it in the final. 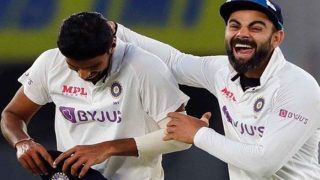