New Zealand are better prepared than India for the WTC final.

Former Indian wicket-keeper batsman Deep Dasgupta believes the World Test Championship final is 55-45 in favor of New Zealand. The Kiwis have got used to the English conditions and their performance in the two-Test matches against England was exemplary. New Zealand completely dominated the first Test match but could not get the result as the third day was washed out.

However, they continued their domination in the second Test match as they won by eight wickets. On the other hand, India will need to hit the ground running as they have started training for the big match in the last 10 days. The Virat Kohli-led team has also played an intra-squad match, which will give them some confidence.

Deep Dasgupta feels the Indian team needs to be disciplined in their game and they must tick the right boxes as a unit. The former wicket-keeper believes it is crucial to keep things simple.

“The WTC Final is 55-45 in favor of New Zealand at the moment. That doesn’t mean India is behind.”But India also have to play their brand of cricket. Be disciplined, keep it simple and reduce errors. Remember this is a one-off game and not a series. New Zealand cricket is all about keeping it simple and being effective,” Dasgupta explained on his YouTube Channel.

Meanwhile, New Zealand had looked confident in the two-Test matches against England and they certainly have the momentum on their side after winning against England.

The commentator lauded the New Zealand system for getting the best out of its resources. The Kiwis have been consistent performers in all three formats of the game. 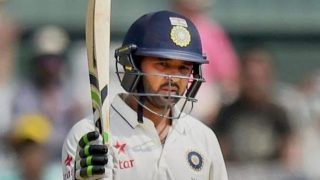 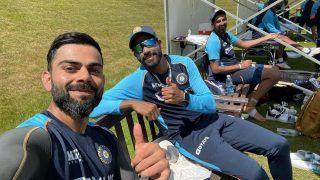