Harbhajan wants the Indian openers to provide a solid start.

India’s veteran spinner Harbhajan Singh believes the role of the team’s openers Shubman Gill and Rohit Sharma will be crucial in the World Test Championship final against New Zealand. Bhajji feels it is imperative for the Indian team to set up a score of 375-400 for their bowling line-up to take advantage in the big match.

Consequently, it will be pivotal for the Indian team to get a good start from their openers. Gill had delivered the goods in Australia as he had scored 259 runs in three Test matches. However, he could not get going against England in home conditions as he scored 119 runs in four Test matches.

The Turbanator feels Rohit Sharma will be able to deliver the goods as he has a lot of experience of playing limited over matches in English conditions. Rohit had ended as the highest run-getter in the 2019 World Cup as he had scored 648 runs but the Test matches will be a different ball game altogether.

Harbhajan added that it is important for the openers to give a good start to the team to lay down the foundation of a big score. It will be crucial for the openers to negate the early phase of the innings and it will make their and other batsmen life easier if they can face the first 20 overs without much damage.

“A good first innings score of 375 to 400 will set up the match nicely for Indian pace attack. But for that Gill needs to bat well. Rohit has had enormous white-ball success in England during World Cup and he is an experienced hand,” said Harbhajan.

“You don’t want a situation where Virat Kohli and Cheteshwar Pujara are every time walking in at 15 for 2. You should also give a start which allows them to build and consolidate.”

The Indian batsmen have the experience under their belt and they will play a key role in the World Test Championship final. India has a potent batting unit and they will need to bring their best to the table. 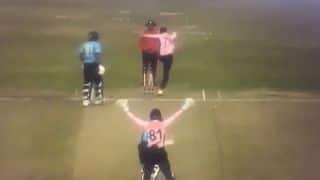