VVS Laxman said that both Virat Kohli and Kane Williamson have become an inspiration for the young generation all over the world.

Veteran India batsman VVS Laxman claims that there is not a competition between Kane Williamson and Virat Kohli but a lot of mutual respect for each other. Kohli and Williamson are undoubtedly two of the greatest batsmen of their generation. Both of them are exceptional leaders who led their side from the front and now they will face each other in the final of the World Test Championship. India and New Zealand finished at first and second place respectively in the group stage of WTC.

Laxman said that both Kohli and Williamson have become an inspiration for the young generation all over the world.

“Well, I don’t think that there is a competition between Kane and Virat. Rather, there is a lot of mutual respect and admiration. Both of them are true role models, who have become an inspiration for the younger generation – not only in their country, but all over the world,” Laxman told Sportstar.

The former India batsman further hailed the Virat and Kane to take their teams forward after the retirement of MS Dhoni and Brendon McCullum as the transition period went smooth for both sides.

“Both of them take a lot of pride in playing the game of cricket. It does not matter if they are playing for their country or in the IPL or club cricket, the way they prepare for each and every match is incredible,” he added.

India and New Zealand will lock horns in the final of WTC, starting from June 18 in Southampton. Virat Kohli and Co. have already reached Southampton as they are currently undergoing three-day hard quarantine. 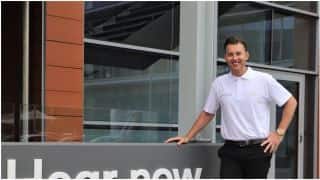