Domestic veteran Yashpal Singh has joined new entrants Manipur for the 2018-19 season after his two-year stint with Tripura.

Singh, who has so far played 117 First-Class games, had a fallout with the Tripura Cricket Association (TCA) with the middle-order batsman alleging that TCA failed to inform him that they are not retaining him for the upcoming season.

I was about to continue with Tripura only. I was expecting a call. I don t know what happened from their side. I couldn t understand what went wrong. I came to know in the middle of August, and that too, once I asked them, Singh told Sportstar Live.

They didn t cite any reason. I was quite surprised. Being a senior cricketer, who is playing for 16 years, I deserve an explanation. So, when the Manipur offer came, I thought of taking it up. It s a new team and people are also new. I could help them with my experience, Singh added.

Singh had shifted to Tripura after a long 15-year career with Services. The 36-year-old is expected to lead the young Manipur side. I don t know any of the Manipur cricketers yet, but I am looking forward to it. This is a good move, he said. 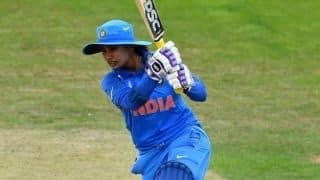 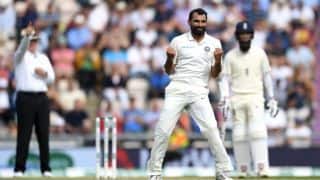