Pakistan will play a four-Test series from England beginning from July 14.

Pakistan Leg spinner Yasir Shah will not take part in the training camp in Abbotabad due to an injury. Yasir is however scheduled to recover in time for the tour of England, which begins from July 14, but might also miss the pre-season conditioning camp, which will be taking place at Hampshire. Yasir suffered a meniscus tear in the knee during the One-Day International (ODI) series against England in the United Arab Emirates (UAE)  in November 2015. Yasir had however tested positive for a banned substance and was suspended as a result. Yasir had to skip the Pakistan Super League (PSL), ICC World T20 2016, Asia Cup T20 and Pakistan tour of New Zealand as well. READ: Yasir Shah took wrong medicine unknowingly: PCB

After his suspension ended on March 27, 2016, he participated in the bowling camp in the National Cricket Academy (NCA), but his injury aggravated during the recently concluded Pakistan Cup tournament. The good news for Yasir and England is that the leggie does not need surgery, according to espncricinfo.com.

Yasir is currently placed third in the ICC Test bowlers. He has picked up 76 wickets in 12 Tests since making his debut in 2014. He was among the leading wicket-takers in 2015. Pakistan are expected to name their 30-man squad for the tour of England during the first week of June. After a camp in Hampshire, Pakistan will play two tour matches against Somerset and Sussex. The first of the four Test will be played at Lord’s on July 14. Pakistan will hope that they have their star leg spinner for the series. 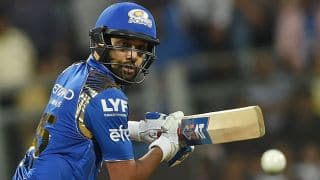