Though these are still the early days, but popular television show Big Boss Season 10 has already created controversies. Akansha Sharma, the estranged wife of Yuvraj Singh’s younger brother Zorawar, who was a participant of the reality show made shocking allegations in an interview with BollywoodLife when she said, “As far as substance abuse goes, it was there in their family too. Whatever I did was with them. I smoked pot with my husband. Yuvi also told me he smoked pot. It is a very common thing in the industry. My mother-in-law now needs to say something to justify herself.

Yuvraj’s father Yograj Singh, who played Test cricket for India, is known for his volatile temper. He slammed Akansha’s allegations. A report from mid-day quotes him.” “What nonsense is she talking? This is all rubbish. I am a father of four children, and none of them is a drug addict. Yuvraj and all my other three children are like lions. They don t eat grass.” Saying these allegations won’t hamper Yuvraj’s chance to stage a comeback, Yograj further added, “The lady, who is accusing Yuvraj, should put her own house in order before making any allegations. These claims will not hamper the chances of my son s comeback [into the team].”

Yuvraj and Zorawar are sons of Yograj’s first wife, Shabnam, and they live with their mother. Yograj married the second time and has two children with his wife Meena. Akansha also claimed Zorawar did nothing for a livelihood and entire family survives on Yuvraj’s money.

A report in mid-day states that the Singh family are filing a defamation case against Akansha for making false statements. The family s lawyer Daman Bir Singh Sobti was quoted: Right after the marriage, they [the Singhs] found out about Akansha s substance abuse. When confronted, she denied it, but her mother, Monika, admitted to it. Both mothers accompanied the couple on their honeymoon as they feared she would have a relapse.

Akansha apparently left the house in September 2014. In a statement, Shabnam said, I am outraged and deeply hurt to hear what Akansha said in her interview with mid-day. For the longest time, we, as a family, have ignored her unnecessary assaults, giving her the benefit of being immature, and above all, being family. This benefit cannot be extended forever. Lawful action will be taken against Akansha.

The family is currently busy with Yuvraj’s wedding, who has been in tremendous form for Punjab in this Ranji Trophy season. However, despite his brilliance he was overlooked for the Test series against England starting next week. 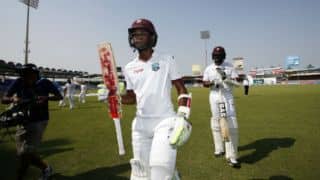