The Sydney Sixers are hoping to lure Yohan Blake to play in Australia's domestic Twenty20 Big Bash League after fellow sprint star Usain Bolt said he wanted to turn out for the Melbourne Stars. 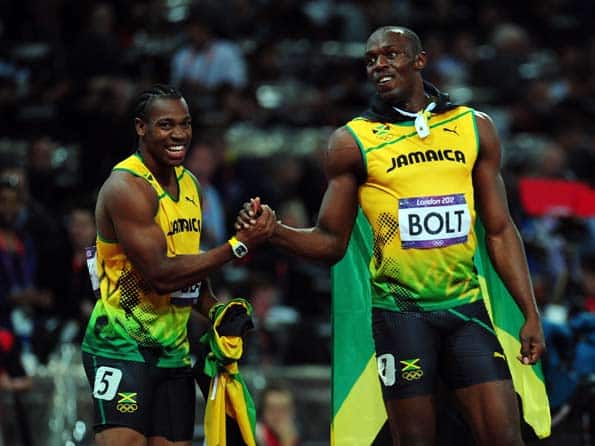 The Sydney Sixers are hoping to lure Yohan Blake to play in Australia’s domestic Twenty20 Big Bash League after fellow sprint star Usain Bolt said he wanted to turn out for the Melbourne Stars.

Like Bolt, Blake is from Jamaica and cricket-mad, and Sixers chief executive Stuart Clark said he was keen on setting up a showdown between the world’s two fastest men on the cricket field.

“For one he is a great athlete, and yes he would be a marketer’s dream, but from all reports he can actually play cricket and that’s better than anything else,” Clark told the Sydney Daily Telegraph.

“If he can do what he says he can do, and I have no reason to disbelieve him, Yohan would be a marquee player for me to sign. I would definitely be considering it.”

Earlier this week, Shane Warne revealed he was leading a campaign to bring Bolt to Melbourne, with negotiations underway with the Melbourne Stars, the Australian former Test leg-spinner’s club.

Bolt played junior cricket before turning to the track and has long voiced a love for the game.

“He (Warne) contacted me and asked me about if I am serious and if I really want to do it, then he can put in a few words that should get it done,” Bolt told Australian television.

Cricket is hugely popular in the West Indies with Jamaica one of its strongest teams, producing greats such as Frank Worrell, Michael Holding, Courtney Walsh and Chris Gayle.

According to the Telegraph, Blake has recently expressed his desire to play cricket, listing it as his first love above athletics.

“I will need to see some footage of him bowling, but he has been saying he can bowl 90 miles per hour (145 kph), very few people in the world can do that,” said Clark.

“Usain Bolt is a great showman and entertainer, but he can’t play cricket as far as I’m aware, to the standard necessary. Yohan Blake can, it seems.”

The newspaper said Australian agent Tony Connelly was brokering the deal between Blake and the eight-team Big Bash, which was launched last year to attract a new youthful audience to cricket.

The season gets underway on December 7 with the final on January 19. (AFP)