Will Fraine played for Nottinghamshire in the recently-concluded 2018 domestic season.

County club Yorkshire signed Will Fraine, who played for Nottinghamshire in the recently-concluded domestic season, on a three-year deal.

The 22-year-old opening batsman made his first-class debut for Durham MCC University against Gloucestershire last year. He was signed by Nottinghamshire before the 2018 domestic season.

“There’s always that pull of being a Yorkie lad,” Fraine told Cricbuzz on Monday.

“All my friends speak of one day playing for Yorkshire. I never thought it would happen because I made my own way elsewhere. It was a difficult decision but the opportunities and the place where the club is going was too much of a pull. Settling back in with the lads that I’ve known growing up makes me very happy with the decision I’ve made.

“Yorkshire have a rich history and, despite the supporters and club being aware of transition, with the new talent they’ve brought in and the existing quality that is already there, it could be a really exciting place to be within the next two or three years.”

Nottinghamshire had made an offer to renew Fraine s contract, but he turned it down for a stint at the Count club where he played his age-group cricket. 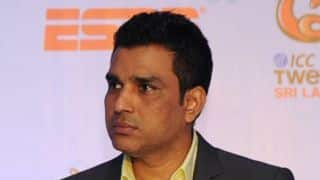