Archer's ability to bowl 90mph yorkers as well as deceptive off-cutters has caught the eye of Root, England's Test captain.

Joe Root believes Jofra Archer could find himself in Ashes action against Australia this season even though the England fast bowler has yet to play Test cricket.

This week has seen the Barbados-born paceman give a glimpse of his ability while making his one-day international and Twenty20 debuts for England after completing a three-year residency qualification period.

In particular, his ability to bowl 90mph yorkers as well as deceptive off-cutters has caught the eye of Root, England’s Test captain.

Archer, who has impressed previously in Twenty20 franchise competitions such as the Indian Premier League, will continue with his late bid to gain a place in tournament hosts England’s squad for the 50-over World Cup when a five-match ODI series against Pakistan starts in London at The Oval on Wednesday. (ALSO READ: Fresh off England debut, Archer not fretting over World Cup chances)

But Root reckons Archer’s game could be suited to the Test arena as well, even though the 24-year-old has played in a mere 28-first-class matches since making his Sussex debut in 2016.

“I’m looking at everyone with an eye towards the Ashes,” Root said when asked about Archer’s chances of playing Test cricket.

“Anyone that’s in the shake up for it, naturally you will.

“Sub-consciously you are always looking at county cricket, around the squad, who’s in good form and who’s playing well. Who could potentially be a good option for the Ashes squad in future. (ALSO READ: Michael Vaughan’s outlandish promise if Jofra Archer isn’t picked by England for World Cup)

“You can see the value of what he (Archer) could bring to a side, that extra bit of zip, and he makes things happen.”

The Yorkshire batsman added: “He’s someone that wants to get into the game and try and make things happen and that’s a great quality to have on this stage.

“It will be interesting to see how he goes in the next few games.”

Archer has found himself in the eye of a storm not of his own making after the England and Wales Cricket Board decided to cut their residency qualification period from seven years to three. (ALSO READ: He is a very talented and exciting cricketer: England selectors give Jofra Archer chance to stake World Cup claim)

But Root was keen to emphasise Archer’s quality as a cricketer.

“It’s exciting to see another option to add to what is a growing bowling group, with the experience that we have in the two senior guys (James Anderson and Stuart Broad) and guys like Woody (Mark Wood) putting in a performance like he did in that last Test match (in the West Indies),” he said. 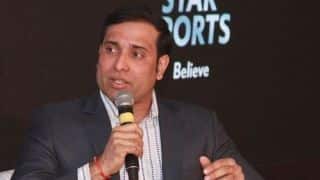 Tendulkar, Laxman summoned by Ombudsman on May 14