Master Blaster Sachin Tendulkar on Friday wished Pragyan Ojha on retirement and said 'You made my last Test special by picking 10 wickets'.

Master Blaster Sachin Tendulkar on Friday wished Pragyan Ojha on retirement and said ‘You made my last Test special by picking 10 wickets’.

Tendulkar took to Twitter and shared a picture of his with Ojha. He captioned the photo as, “@pragyanojha, it was always great to see your big heart & skill at work. You made my last Test special by picking 10 wickets. Welcome to the second innings club, my friend!”

Thirty-three-year-old Ojha last played an international game in 2013 which was also the retirement match for Master Blaster Sachin Tendulkar at the Wankhede Stadium.

“Congratulations @pragyanojha on a wonderful career. Was great being part of your journey and see you evolve from a young talented spinner to a world-class bowler. Wishing you a successful and fruitful 2nd innings” Laxman wrote on the microblogging website.

Ojha had made his international debut in 2008 against Bangladesh in Karachi. A year later, he went on to make his Test debut against Sri Lanka.

The spinner went on to play 24 Tests, 18 ODIs and 6 T20Is for India and finished with a total of 144 wickets in the international game.

In the longest format of the game, he managed to take 113 wickets, with the best bowling figures of 6-47.

He was last seen in action in 2018 as he played a first-class match in Dehradun. He also made a name for himself in the Indian Premier League as he played for the Deccan Chargers and Mumbai Indians. 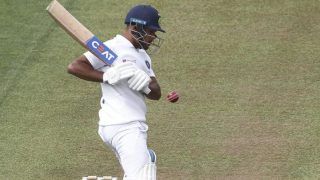 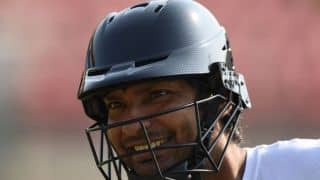