A young girl, who plays for Australia cricket club, Bulimba CC, received a pleasant surprise from her role model Alyssa Healy on Tuesday. Olivia had written a letter that went viral where she pointed out to cricketer manufacturers Kookaburra that kits were not advertised for girls.

After spotting a kit labelled boys , Olivia wrote: It made me a little bit sad that the size was just called boys as so many girls are playing cricket now. I think you should consider changing the size name from boys to kids because women s cricket is growing very fast, especially with the WBBL [Women’s Big Bash League] and the Southern Stars winning the women s Ashes. Bulimba CC shared the letter on Twitter which subsequently went viral.

The manufacturers responded that the kit belonged to an older stock and that they had already switched all their sizing to juniors and adults rather than the old style of boys and mens (sic).

On Tuesday, the Australia women s cricket team uploaded a video in which Healy was seen giving a surprise to Olivia, who mentioned that the Southern Stars wicketkeeper-batswoman was her role model. Olivia was presented a free kit and had Healy sign her bat as well.

Our very own @ahealy77 had a big surprise for young fan Olivia after her letter about cricket equipment went viral last month! pic.twitter.com/Kv6sKJOlHL 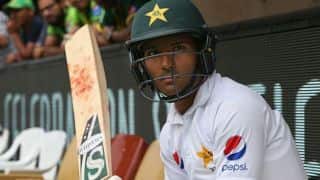