A few senior players could be rested when the national selectors meet on Friday to pick the Indian squad for the first two cricket one-dayers against West Indies. 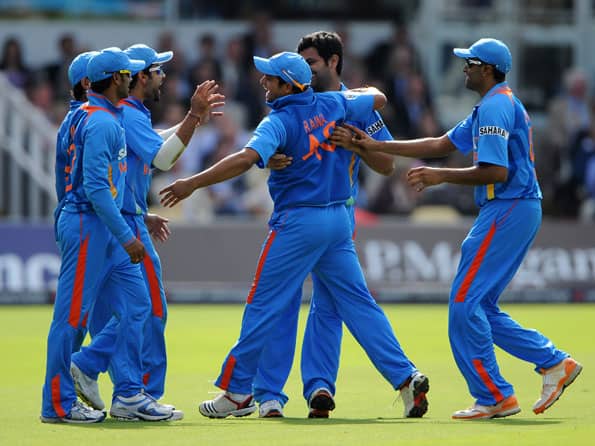 A few senior players could be rested when the national selectors meet on Friday to pick the Indian squad for the first two cricket one-dayers against West Indies.

According to BCCI sources, the selection committee headed by Krishnamachari Srikkanth is mulling on giving a much needed rest to skipper Mahendra Singh Dhoni keeping in mind the gruelling Australia series starting next month.

It has been learnt that the selectors will obviously seek Dhoni’s opinion in this regard. In case Dhoni is rested, Virender Sehwag or Gautam Gambhir could lead the side and Parthiv Patel will don the big gloves for the first two games in Cuttack (Nov 29) and Visakhapatnam (Dec 2).

It will be interesting to see whether Sachin Tendulkar who hasn’t played in ODIs since the World Cup final will be named in the squad or be given rest ahead of the tour of Australia.

With talk of some of the top batsmen leaving early to acclimatise to conditions in Australia and get used to the pace and bounce of the tracks, the focus will be on the bench strength.

The likes of Yuvraj Singh, Suresh Raina, Virat Kohli, Rohit Sharma, Ajinkya Rahane are certainties among the batsmen in the shorter format.

Bengal skipper Manoj Tiwary who scored 132 and 267 against Gujarat and Madhya Pradesh respectively in Ranji Trophy is also a contender for a slot but will depend on how many seniors are rested.

The Delhi duo of Virender Sehwag and Gautam Gambhir, both of whom still need some quality match practice, are likely to play the first three ODIs at Cuttack (Nov 29), Visakhapatnam (Dec 2) and Ahmedabad (Dec 5) if they happen to leave for Australia a week earlier.

While Praveen Kumar, Umesh Yadav and Varun Aaron are all set to retain their places, the fourth seamer’s slot is likely to be taken by R Vinay Kumar.

ODI specialist Ravindra Jadeja will also be back in the mix.

Offie Ravichandran Ashwin who is now India’s premier spinner is likely to again lead the spin attack but a school of thought is doing rounds that out-of-favour Harbhajan Singh may just have an outside chance.

The reason being as Ashwin is a certainty to board the flight Down Under, the selectors may just want to check out the senior off-spinner.

The recently-married Ashwin has been continuously playing since ODI series in England followed by Champions League T20, home series vs England and now Test series against the Windies. (PTI)

Spot-fixing verdict a lesson for all cricketers: Jayasuriya