Fawad, who averages impressive 55.35 in first-class cricket, was ignored from the 16-man Pakistan Test squad .

Fawad, who averages impressive 55.35 in first-class cricket, was ignored from the 16-man Pakistan Test squad which was announced by chief selector and former captain Inzamam-ul-Haq for a lone match against Ireland and two-match Test series against England.

Younis pointed out at a time when senior players used to mostly dominate the squad and that the young players were ignored in their presence. He, however, insisted that as many of the experienced players have retired from international cricket, it is the best time for Pakistan to select young cricketers like Fawad and give them the chance in the side.

Lavishing praise on Fawad, Younis said that the batsman has been in sublime form and that he would have performed brilliantly in the upcoming tour. “In the end, it would have been beneficial for the Pakistani side; Fawad Alam is [after-all] a Pakistani cricketer,” the Dawn quoted Younis as saying. Meanwhile, Inzamam had named five uncapped players, including his nephew Imam-ul-Haq among five others.

Talking about Imam-ul-Haq, the former cricketer said that the chief selector’s nephew has got a great chance to prove his worth in the squad. “Imamul Haq has a chance; he should perform well and prove himself,” Younis said.

Ireland are slated to play their inaugural lone Test against Pakistan from May 11 before the latter side head into England for two-match series, beginning May 24. 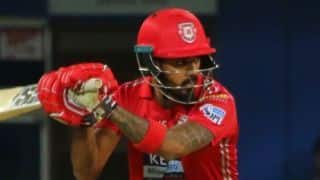