Younis Khan bid adieu to international cricket after the three-match Test series against the West Indies which Pakistan won 2-1.

Karachi: Former Pakistan cricketer Younis Khan was on Thursday honoured at the Mecca of Cricket, Lord’s, in recognition of his remarkable career. Elated with the honour he received, Younis, while talking to Geo News, said, “This is more than enough for me. I am really enjoying this. Many players and my friends are here. I feel truly honoured.” Younis, along with Test skipper Misbah-ul-Haq, bid adieu to international cricket after the three-match Test series against the West Indies which Pakistan won 2-1. Head coach Mickey Arthur also praised the veteran batsman for his work ethic, saying the way Younis went about his business is fantastic. Inzamam-ul-Haq confident of Pakistan finding players like Misbah-ul-Haq and Younis Khan

“It has been a privilege and an honour to work with a player like Younis Khan”, Arthur said. Younis, 39, is the first Pakistani batsman to score 10000 Test runs. He scored 10099 runs in his Test career of 118 matches. Younis’ career batting average of 52.05 is also the best by any Pakistani batsman and the third best by any batsman from Asia. In January, Younis also became the first cricketer in Test history to score centuries in 11 countries when he smashed his 34th hundred in the third Test against Australia at the Sydney Cricket Ground (SCG), tying him with Sunil Gavaskar, Mahela Jayawardene and Brian Lara in the all-time list at sixth place. In 2015, he retired from ODI cricket after playing 264 matches and scoring 7240 runs. Younis Khan admits he would not have scored so many rains had he been Pakistan s captain

People say to me, you should ve done more captaincy. But I think whatever happens, happens for the best. Had I been captain maybe I wouldn t have scored all these runs. People think that maybe I carry these regrets, but no. Had I done more, who knows whether I would be where I am today? If I had been captain for so long, maybe I would ve been too distracted by other duties to score as many runs as I did, said Younis earlier in an interview with ESPNCricinfo. 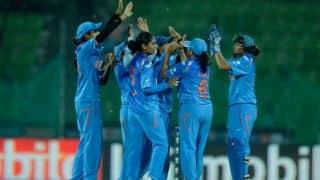 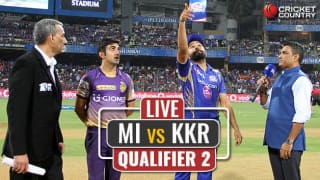