Younis Khan on Friday said that he might just reconsider his retirement plans, if the Pakistan team or PCB needs him and demands that he should continue.

Jamaica: Pakistan‘s veteran batsman Younis Khan, who is all set to hang his boots up following the ongoing three-Test series against hosts West Indies, on Friday said that he might just reconsider his retirement plans, if the Pakistan team or Pakistan Cricket Board (PCB) needs him and demands that he should continue. However, Younis feels that it is the perfect time when he should part ways from the game and make way for other deserving candidates to fill his spot up. Apart from Younis, Pakistan’s Test skipper Misbha-ul-Haq too is all poised to retire from the game following the conclusion of the Test series against West Indies. Live Cricket Scorecard, Pakistan vs West Indies 2017, 1st Test at Jamaica

“I could have played more. I think the right time to retire is when people want you to stay, not when they are thinking your time is up. So, I think, it is a good time for me retire. Yeah, I will think about it. It all depends on if my team needs me. If they request me or people want me, then why not? But it all depends on my team,” said Younis, as reported by cricket.com.au. “My personal feeling is that Pakistan still need Younis Khan and he can play for another year or two, but I’m not sure if others agree with me or not. I talked to him about it in Australia and told him that ‘you can play on’,” said skipper Misbah.

However, Misbah insisted that it would be extremely difficult to fill in the space left empty by Younis following his retirement. “Even though we have some very good youngsters in the team, the gap left by Younis’ absence will be difficult to fill. The Pakistan team will not just miss him as a batsman, they’ll also miss him as a mentor. He has been a terrific role model for everyone and it will be very tough to replace him. Every member of this team, including myself, has learnt a lot from him. He has changed our dressing room culture. If one wants to be successful in professional life, one only needs to regard Younis Khan’s organised and punctual lifestyle from breakfast to bed,” Misbah added. 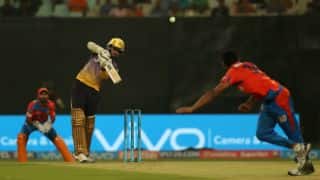