The veteran Pakistan batsman amassed 7,240 runs in 264 ODI appearances in a career spanninga decade and a half.

Younis Khan has announced his retirement from One-Day Internationals (ODI) on Wednesday, stating that his final appearance in the format would be the first ODI between Pakistan and England at the Sheikh Zayed Stadium in Abu Dhabi, in order to prolong his Test career, which too is its twilight stage. The 37-year-old, who had amassed a total of 7,240  runs in 264 ODIs at an average of 31.34, had already retired from the Twenty20 International (T20I) format after the 2009 ICC World T20. Younis has been in good form in Tests in the recent past, scoring a century and a half-century in the three-Test series against England recently, during which he also went past Javed Miandad to become Pakistan’s highest run-getter in Tests, also becoming the first from his country to score 9,000 Test runs. LIVE CRICKET SCORECARD: Pakistan vs England 2015, 1st ODI at Abu Dhabi

Younis said he had consulted with those close to him before reaching the decision.

“I am proud to announce that after playing for Pakistan for 15 years I am announcing my retirement. I consulted with my close friends and family members before taking this decision,” Younis said in a statement.

“As a batsman I played a positive role in the team’s wins in one-day cricket and now I realise that it’s time to keep myself away from limited overs cricket.

Pakistan take on England in the first One-Day International (ODI) at Abu Dhabi. Both England and Pakistan got a good workout when they took on Hong Kong and Nepal in their respective warm-up matches. Both teams registered comprehensive wins, and will go into the limited-overs fixture with a bit of confidence. Azhar Ali will take over from Misbah-ul-Haq as the skipper of the ODI squad and will want his side to get off to the best possible start in the series. PREVIEW: Pakistan vs England 2015, 1st ODI at Abu Dhabi 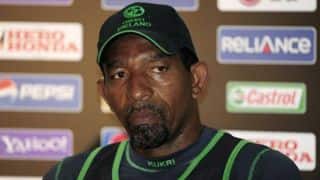 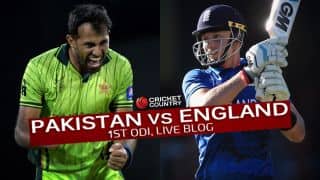