The premier middle-order batsman, who has been in terrific form lately.

Pakistan veteran batsman Younis Khan said that he is hoping to score a century against arch-rivals India in their World Cup opener on February 15 in Australia. The premier middle-order batsman, who has been in terrific form lately, said that he hopes he could score a century in his first match against India which could propel Pakistan to victory over their rivals and hopefully change history in the process, the Express Tribune reported.

Aiming to improve his performance in Australia, he stated that he was very optimistic that things would change just like they did against Australia where he went on to score three centuries. With a positive attitude, one can do well in any condition against any team but the real challenge is to make sure that the self-belief stays, he added.

Though Younus has scored 7,177 runs in 259 One-Day Internationals (ODIs)s, his performance in Australia has been lackluster as he could only manage just 147 runs in nine matches at a batting average of 18.37. 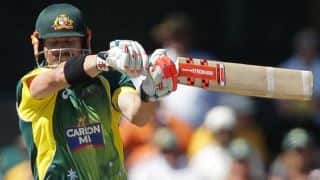