Yusuf Pathan is eyeing a berth in India's World T20 squad on account of his batting prowess and a good showing during the Ranji season.

New Delhi: Having honed his all-round skills, swashbuckling all-rounder Yusuf Pathan is eyeing a berth in India‘s World T20 squad on account of his batting prowess and a good showing during the Ranji season and IPL. Yusuf, who last played an international T20 for India in March 2012, has been regularly performing for his IPL side Kolkata Knight Riders and making it count for Baroda in the current Ranji season. The 33-year-old all-rounder is sure that he still has a lot to offer to Indian cricket. “I have had a very good Ranji season this year. If you talk about T20 then I have had a very good IPL season for KKR. I am bowling well, letting down 9-10 overs in every match [Vijay Hazare], so things are moving in the right direction. Wickets are coming my way and I am also getting runs when I am batting. So obviously I am eyeing a place in the upcoming tournament and that’s the T20 World Cup. And I believe that if I keep performing then I will get an opportunity,” Yusuf told PTI in an interview. Yusuf Pathan, Bhargav Bhatt bowl out Tamil Nadu for 125 against Baroda

On his cricketing future, Yusuf said, “I have a lot of cricket left in me and a long road ahead of me. I am just focussed on doing well. Performing to the best of my ability and leave the rest to the almighty. I believe if you keep performing, selectors certainly take notice. My aim has always been big and those will remain so till the time I play cricket. I will work harder to achieve my goals. If you do well for your team consistently, the team will always like to take your services and give you an opportunity. So my goal is always to play good cricket and work towards it.” Yusuf Pathan says he makes conscious effort to stay at the crease and build innings

Making his Team India debut in 2007, four years after his star brother Irfan Pathan wore his international cap in 2003, Yusuf made an impression right away in the inaugural World T20 final. Opening the batting in the Mahendra Singh Dhoni-led side, Yusuf hit Pakistan’s Mohammad Asif for a six in his eight-ball stay as India won a thriller by 5 runs. The Men in Blue have come a long way after that historic moment with the Test captaincy changing hands from Mahendra Singh Dhoni to Virat Kohli.

“Kohli has done well in the few matches that he has captained so far. He is a good leader and has shown positivity in his approach. He is aggressive on the field, but that is positive aggression I believe. He also helps the team and the teammates and that is a good sign for Indian cricket,” he said. The destructive batsman has also been a useful off-spinner for his side, something that works well in limited-overs cricket. Yusuf insists that he has worked on all aspects of his game since being out of favour from the national side.

“I have been working on my bowling for quite sometime now and the results are certainly showing. Not only on my bowling, I have worked tirelessly on every aspect of my game, whether it is batting or fielding,” he said. Having played 57 ODIs and 22 T20s for the national side, Yusuf feels at home with the limited-overs format, but is not averse to trying his luck in Test matches as well.

“Look, I have played ODIs and T20s, so obviously I think more about ODIs and T20s. I have not played Test matches, so can’t say much about them. But it’s not that I don’t wish to play Tests. I have done well in the four-day Ranji matches and will certainly look to play these, but yes, for the moment I am enjoying my limited-overs cricket,” he said.

Cricket apart, Yusuf and Irfan are also seen donning many hats but the older brother feels that its family that keeps the two occupied off the field. “The Cricket Academy of Pathans (CAP) is being looked after by the coaches that we have, so that doesn’t really keep us busy. Either it’s cricket that takes our time or it’s family that we are surrounded with,” he concluded. 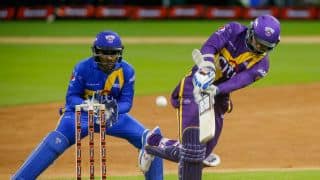