Irfan Pathan has kept his base price as INR 50 lakhs.

After being relieved from his five-month ban on failing doping test, Yusuf Pathan is all set for a fresh start. Pathan will be available for 2018 IPL auctions at a base price of 75 lakhs. The BCCI had back-dated his suspension dates from August 15, 2017 which means Pathan s suspension will end on January 14, 2018. During this phase, BCCI had instructed Pathan to not play for Baroda. The IPL auctions are scheduled for January 27 and 28.

In the player retention event, Kolkata Knight Riders (KKR) had retained Sunil Narine and Andre Russell, who will be free from his one-year ban in a month s time. Pathan, Gautam Gambhir, Manish Pandey were a few players who were not retained. However, the franchises will have the option of RTM to keep these players in their side.

From Royals to a Knight Rider…

Pathan, before playing for KKR, started his IPL journey for Rajasthan Royals (RR) between 2008 and 2010. Meanwhile, Pathan s brother Irfan who was not picked in the previous auctions, has kept his base price at INR 50 lakhs. A source close to the development told The Times of India (TOI), Yusuf has been amongst the most successful middle-order batsmen in the IPL, while Irfan has been one of the most prolific all-rounder’s in the league. The franchises are likely to gun for them.

Base price of cricketers

Gambhir and Harbhajan Singh have set their base price for INR 2 crores. Meanwhile, cricketers like Yuzvendra Chahal, Yuvraj Singh, Chris Gayle, Dwayne Bravo, Kieron Pollard and Brendon McCullum are likely to fall in the top bracket. 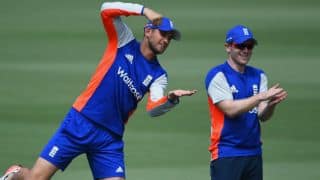