Yusuf aims for strong displays in the CLT20 for KKR in a bid to win an India slot for WC 2015.

Confident of a good showing in the Champions League T20 2014 (CLT20) and the domestic season ahead, all-rounder Yusuf Pathan has said there is enough time before the 2015 World Cup for him to prove his mettle and make a comeback into the Indian team.

“The last IPL season was very good and the upcoming season provides ample opportunity to perform and make yourself noticed. There is still enough time for the 2015 World Cup and I certainly see myself there and that is my aim at the moment,” said Pathan, who was part of the Indian squad when the Men in Blue won the World Cup in 2011.

“My season will start with Champions League followed by one-dayers and then the Duleep Trophy. The things I have been doing to improve myself as a player have worked for me,” the Kolkata Knight Riders batsman said.

Aiming to carry on the momentum from the Indian Premier League (IPL) triumph, Pathan said the Champions League is a big tournament and he would like to pick up from where he ended in the IPL.

“It will certainly be a good platform to showcase your form. The season gone by has been very good with KKR and I would like to take it forward from there,” the Baroda bomber said.

Pathan finished off a great season for the Gautam Gambhir-led KKR. The hard-hitting batsman smashed the fastest IPL fifty, in just 15 balls, to help the Shah Rukh Khan-owned unit stay second in the league stage and finally clinch its second title.

“We have a good team and a nice combination to lock horns with the best sides of the world. We have good fast bowlers, pretty good spinners and quality batsmen. So we have got all the ingredients needed to take on a good side,” the 31-year- old said.

“The way we played IPL season 7, got past the best of teams with the best of players and proved our worth, we will surely take our performance forward and rise to the challenge in CLT20. So I definitely see KKR in the top heap of CLT20 teams,” he said.

Praising KKR captain Gambhir for the side’s success, Pathan said, “The way Gautam Gambhir has led the side in the season gone by, it has been inspirational. He leads by example and he has played a big role in our teams’ success. You can have 10 support staff but they can never double up for a captain. On the ground, captain is in charge and he has to take care of the 11 men.” .

Lauding the work of the KKR support staff, Pathan said they are “very good” and approach each of the players individually.

“There are people who have played cricket at the very top in our support staff like Wasim Akram. So we learn something different from each of them,” he said.

Asked about KKR’s not-so-good showing in the Champions League previously, Pathan said in 2012, they were playing the CLT20 after a long gap since winning the IPL title then.

“It makes a lot difference when you play after a while. We started slow that year and the tournament is so small that there is very little time to make mistakes and improve. You miss and you are gone,” Pathan said.

“There are just three or four matches that you get to qualify for the semis, it’s not like the IPL where you get to play a host of league matches before the final-four is decided. You can always play catch-up in a long tournament but not in a short event. But we have learnt from our mistakes and hopefully we will certainly perform better this time around. I have full confidence in my team,” he said.

Pathan said the Champions League was a great platform to showcase skills as the best T20 sides compete here and one gets to learn a lot from foreign players who have a different work ethic and culture.

“So to take your game to a different level, such kind of interaction is necessary and CLT20 certainly provides that,” he said.

Both the Pathan brothers — Irfan and Yusuf — are known to advise and motivate each other and the elder brother said they were now working hard to make a comeback into the Indian team.

“We (Irfan and I) are working really hard and our ultimate aim is to be back in the Indian side. We critically analyse each other’s game and set realistic goals to achieve our targets. Hopefully we will make a comeback and do well in Indian colours,” he said. 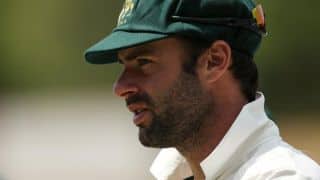