Yuvraj made a comeback to the Indian team against England earlier this year and roared back to form with a brutal century in the second ODI in Cuttack.

Hyderabad: Star all-rounder Yuvraj Singh said he has been batting with more freedom after making a successful return to the Indian ODI team earlier this year. Yuvraj made a comeback to the Indian team against England earlier this year and roared back to form with a brutal century in the second ODI in Cuttack and then followed it up with a gritty 45 in the third and final game in Kolkata. Vintage Yuvraj was again on full display yesterday, this time for defending champions Sunrisers Hyderabad (SRH) in their Indian Premier League (IPL) opener against Royal Challengers Bangalore (RCB). Live Cricket Scorecard: SRH vs RCB IPL 2017, Match 1 at Hyderabad

“I enjoyed my batting tonight. My batting has been up and down over the couple of years, but I am feeling really good at the moment. I just need to continue this good run forward. The comeback into the Indian team has really helped me. I am more free in my mind and I am not worrying anymore about making a comeback. I am just going to play according to the situation and express myself,” said Yuvraj after playing a match-winning 62-run knock off just 27 balls in his side’s 35-run win over RCB.

The dashing southpaw said the return to form was possible because of plenty of hard work and dedication.”I have been hitting a lot of balls and practicing a lot. I have been spending more hours in the nets batting. Also, Hyderabad has always been a lucky place for me. I made a comeback when I scored a lot of runs in Hyderabad. I feel good about my batting at the moment. Hopefully I will keep doing what I am doing right now,” Yuvraj was quoted as saying by IPLT20.com.

The swashbuckling 62 was also Yuvraj’s fastest IPL fifty till date. He said the Sunrisers could not have asked for a better start to their title defence.”We started from where we ended. It was a great performance from all the batsmen throughout the innings. The bowlers then came and did the job for the team,” Yuvraj said.

“It was an important win for us and we need to take more points at home. If we can get five out of seven wins at home, it will help us to qualify in the last four.” 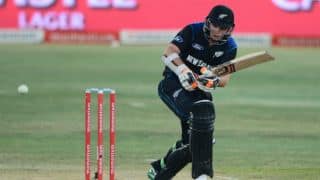 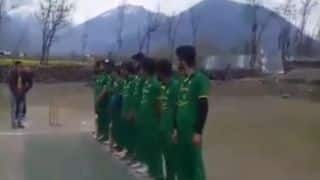