Star batsman Yuvraj Singh is all set to make a comeback into India's limited overs squad following some good performances when the selectors meet on Monday to decide on the team for the lone T20 International as well as the first three ODIs. 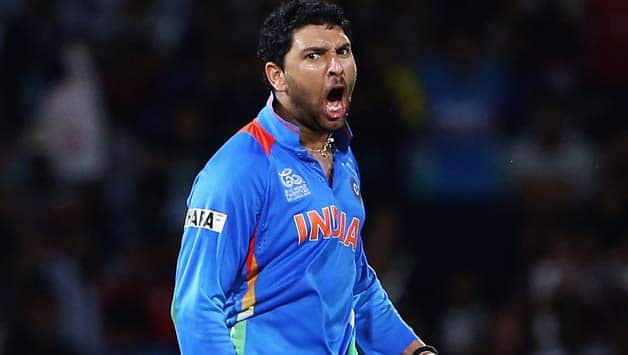 Star batsman Yuvraj Singh is all set to make a comeback into India‘s limited overs squad following some good performances when the selectors meet on Monday to decide on the team for the lone T20 International as well as the first three ODIs against Australia.

It is still not clear whether the selectors would choose a separate squad for the lone T20 International which will enable them to be flexible and include a few more players in both formats.

While there would be few surprises in the Mahendra Singh Dhoni-led squad that has performed admirably winning the Champions Trophy and tri-series in the West Indies, the return of the stylish 31-year-old left-hander is all but certain.

Yuvraj last played for India on January 27 against England at Dharamsala and was dropped subsequently due to a poor run of form.

Having undergone a rigorous physical training in France, a fitter Yuvraj made his comeback into the competitive cricket with a bang scoring 123, 40 and 61 in three List A matches against the West Indies A followed by a quickfire 52 against the same opponent in a T20 game.

He carried on with his good form in the Challenger Series where he scored 84 against India Red and a 29 in the final.

According to reliable sources, the selection committee is impressed in the manner Yuvraj has scored.

There won’t be much change in the batting line-up with Shikhar Dhawan, Rohit Sharma, Virat Kohli, Suresh Raina and Dhoni being automatic selections. While Yuvraj will be the sixth specialist batsman in the playing XI that is likely to have Ravichandran Ashwin, Ravindra Jadeja as the spin-bowling all-rounders.

The choice for three pace bowlers slot will be Bhuvneshwar Kumar, Ishant Sharma and Umesh Yadav.

One among the trio of Jaydev Unadkat, Mohit Sharma and R Vinay Kumar will be the reserve pacer in the line-up.

Leg-spinner Amit Mishra is expected to be the reserve spinner having got 18 wickets in the series against Zimbabwe.

His challenger Parveez Rasool, who recently had a match-haul of seven wickets in an unofficial ‘Test’ against the West Indies ‘A’, might find it tough to make it into the squad as Ashwin is all set to return after being rested during the Zimbabwe tour.

The 14th and the 15th slots are the ones which will be up for grabs. While Dinesh Karthik might be retained in the squad of 15, it will be interesting whether Mumbai all-rounder Abhishek Nayar is considered as a replacement for Irfan Pathan.

Dhoni has long wanted an all-rounder who bowls medium pace. While Irfan fitted his bill perfectly, injury to the Baroda all-rounder might open the door for old domestic workhorse Abhishek, who has scores of 102 no, 57, 91, 75 no and 12 in his last five innings. The first two were in first-class games while the last three innings were in List A matches.