Star all-rounder Yuvraj Singh on Wednesday completed his 4,000 runs in T20 cricket. Yuvraj achieved the feat during the IPL 2016 Eliminator between the Sunrisers Hyderabad (SRH) and Kolkata Knight Riders (KKR), at the Feroz Shah Kotla Stadium in New Delhi. Yuvraj has played in IPL for several franchises, such as Kings XI Punjab (KXIP), Royal Challengers Bangalore (RCB), Delhi Daredevils (DD), Pune Warriors India (PWI) as well as the current side Sunrisers Hyderabad (SRH). Yuvraj scored 44 off 30 balls on Wednesday night in the IPL 9 Eliminator, and was unfortunate to have missed out on a deserving half-century. LIVE CRICKET SCORECARD: Sunrisers Hyderabad (SRH) vs Kolkata Knight Riders (KKR), IPL 2016 Eliminator, at New Delhi

Yuvraj, who played a key role in India’s success in the Asia Cup 2016 tournament as well as in the ICC T20 Cricket World Cup 2016, has scored more than a thousand international runs in the T20 format for India. Live Cricket Blog & Updates: SRH vs KKR, IPL 2016, Eliminator at Delhi

The man who hit six sixes in the inaugural edition of IPL against England bowler Stuart Broad, has so far played 55 T20 Internationals (T20Is). He has scored 1,134 runs at 29, with the help of 8 half-centuries. Yuvraj’s highest score is 77 not out in T20Is.

Yuvraj has so far played 106 matches in the IPL history, and remains one of the most-sought and prolific players in the cash-rich tournament. He has attracted heavy price on many occasions, and has remained among the top priority players for teams in IPL auctions in the past. 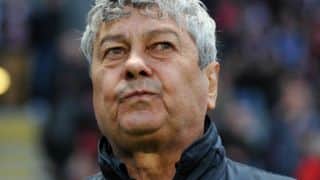