New Delhi: Indian cricketer Yuvraj Singh has contributed Rs 5 lakh to a crowd-funding project to promote Indian kabaddi after the national men’s team’s World Cup triumph. All the funds raised will be offered to the Indian Kabaddi players, as a mark of respect and recognition, who will further use the funds to provide better facilities for promising new players and development of Kabaddi, a press release stated. “It’s the right time to do our bit for Kabaddi, more so now that we have won the Kabaddi World Cup. Being a sportsperson who has been a part of the World Cup winning team, I would like to make this contribution for the development of Kabaddi and encourage more players to take it up with passion and pride,” Yuvraj said in the release. “Kabaddi has begun gaining limelight in the world of sports and it is bound to flourish because it is a true sport that demands excellent athletic abilities ,” added Indian Kabaddi captain Anup Kumar. Full Cricket Scorecard: India vs England 1st Test at Rajkot

Meanwhile, Indian cricketer Yuvraj Singh s wedding is just around the corner, after announcing his wedding dates publicly just two months back. December will the D-Month for Yuvraj and Hazel Keech have designed some whacky wedding cards, a very unusual card that cannot be found anywhere. Knowing that he is known to be huge name in Indian Premier League and shortest format of cricket, there has to be a dash of cricket to it. The name on the card which says, Yuvraj and Hazel Premier League. The mastermind behind this whacky design is Sandy and Kapil Khurana have left no stones unturned to make the grand wedding an even more memorable one. 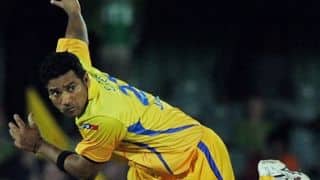 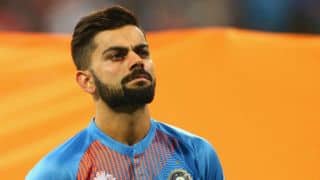