Yuvraj Singh, who smashed a blistering century against West Indies A, said his knock was very satisfying as it came against a high quality West Indies attack. 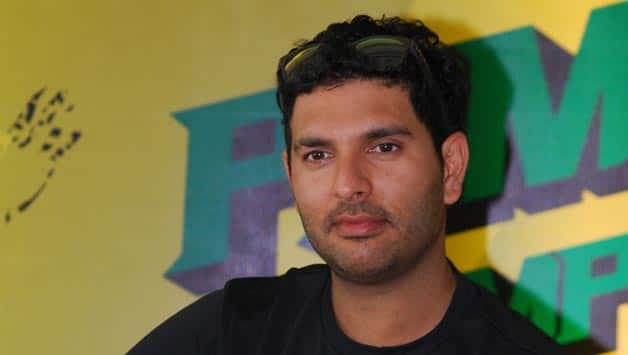 Yuvraj Singh, who smashed a blistering century against West Indies A, said his knock was very satisfying as it came against a high quality West Indies attack.

“I think it was a complete international attack. [Andre] Russell has played for his national side and Beaton is the future fast bowler for the West Indies. He reminds me of Curtly. Obviously Curtly was great, but I think he has lot of potential and I think it was a very good attack,” he said at the post-match press conference.

Yuvraj said hitting a hundred in the first game of the season was special.

“I think I have worked hard in my off-season on my batting and other skills in last couple of weeks,” he said.

“Robin [Uthappa] and Mandy gave us a good start which allowed me and Yusuf [Pathan] to catch up at the end.”

Yuvraj showered praise on his private French trainer Tim Exeter for making him and Zaheer Khan, who is also on a comeback trail, match fit.

“It was organised by National Cricket Academy (NCA) physio Ashish Kaushik. NCA has always supported me and the people who believed in me. I thank them all,” he said.

Yuvraj said he has shed a few kilos and feeling stronger and moving quickly on the ground. “I was always quick on the field and I just worked on those aspects and I am feeling better,” he added.

Asked to comment on on not being picked for four-day matches, Yuvraj said he was least bothered of the kind of matches as long as he was scoring runs.

“Boss, I have got an opportunity to play. I don’t know whether it is four-day match and Test cricket I am just happy I am playing and scoring runs. I don’t know what is going to happen in the future,” he said.

Admitting the pressure a player faces while making a comeback, Yuvraj said he accepts such challenges which bring best out of him and exuded confidence he would get national selectors’ nod.

He also welcomed facing challenge from performing youngsters, saying it was good for the future of Indian cricket.