Yuvraj is thrilled to be a part of RCB and hopes it would a memorable season for the side.

Indian batsman Yuvraj Singh said it was difficult to cope with the ICC World T20 2014 final defeat against Sri Lanka but he was learning to take disappointments in his stride.

India had reached the summit clash of the tournament unbeaten but failed cap the brilliant campaign with a win.

“A match like the finals always left feelings of ‘so near yet so far’, but as sportsmen they need to overcome these emotions quickly and face next challenge,” he said in an interview to the Royal Challenger Bangalore‘s official website.

“As a team we played a fantastic tournament and displayed emphatic cricket all around. But in the finals thing didn”t go the way we planned and it’s not easy to overcome that disappointment,” he said.

Yuvraj said in his younger days, one of his coaches told him that sportsperson one should be able to handle both the success and the defeats alike.

Yuvraj said he is thrilled to be a part of RCB and hoped it would a memorable season for the side. He said the most of the team-mates got a short but very refreshing break after the World T20 and they are ready for the next 50 days.

He said the last few days have given the team ample time to be with each other and figure out combinations.

“We had some very useful practice sessions and that has given use fair idea about our strategies and game plans,” he added.

The Punjab southpaw said the side boasts of a very good mix of experience and youth and positivity around the team is infectious and uplifting.

“This comes across as a group that is willing to back each other in good and bad times. It is an absolute privilege to share the dressing room with the likes of Chris Gayle, Muttiah Muralitharan, AB de Villiers, Daniel Vettori and Alan Donald,” Yuvraj said.

“It is equally pleasing to know that I would be bowling to Gayle in the nets only,” he added.

Yuvraj said the facilities and arrangements are top class and they expect full house in most of the games because this part of the world has loads of Indian and South Asians.

“I can imagine they won’t miss the chance to see this spectacle live. So I expect a full house in most of the games,” he said. 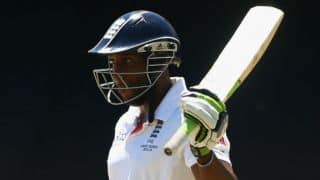