Both Yuvraj and Harbhajan have been named in the Twenty20 International (T20I) squad for India against Australia.

Punjab cricketers Yuvraj Singh and Harbhajan Singh’s properties to go under the scanner as their names get involved in the Pearls Group scam. The company has been recently accused of a Ponzi scheme, following which Central Bureau of investigation (CBI) planned to make a list of celebrities from both the silver screen and sports having connection to the group. The list included Harbhajan and Yuvraj’s name amongst those who received gifts from Pearls Group. Reportedly, both the cricketers received plots in Mohali as gifts which are now to be seized by CBI and Enforcement Directorate (ED) after further investigation. READ: Yuvraj Singh: ICC World T20 2014 always at the back of my mind

Both Yuvraj and Harbhajan have been named in the Twenty20 International (T20I) squad for India against Australia. READ: Yuvraj Singh, Harbhajan Singh to feature in Syed Mushtaq Ali Trophy before Australia 2016 series

Four of the top administrators of Pearls Group, including managing director Nirmal Singh Bhangoo, were arrested following a warrant issued by Metropolitan Magistrate Harvinder Singh on January 9 in the Rs 45000 crore Ponzi scam.

Yuvraj’s mother Shabnam, talking to indiatoday.in, has stated that neither the cricketer nor his family is involved in the scam. “Pearl Group informed us to gift a plot as part of World Cup winning team in 2011. However, we have not received that plot. We have no other involvement whatsoever with Pearl Group,” Shabnam is known to have said.

Pearl Group has long been associated with the game of cricket. They had signed former Australia pacer Brett Lee as their brand ambassador. The group was one of the main sponsors for an Indian Premier League (IPL) group in the past and also sponsored West Indies vs India series in the year 2011. 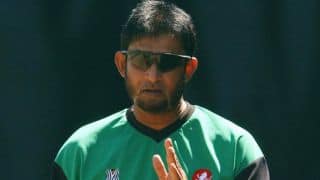