As cricketer Yuvraj Singh and model-turned-actress Hazel Keech all set to tie the nuptial knot on November 30, adequate arrangements are being made.

Fatehgarh Sahib (Punjab): As cricketer Yuvraj Singh and model-turned-actress Hazel Keech all set to tie the nuptial knot on November 30, adequate arrangements are being made at spiritual Dera of Baba Ram Singh Ganduan Wale in village Duffera here where the couple will get the blessings of Dera Head Baba Ram Singh. Hazel will visit the Dera, located on Sirhind-Chandigarh Road in Fatehgarh Sahib, second time on the wedding day. She and Yuvraj had earlier visited the Dera after their engagement. Some repair works were being done at the Dera, the sources said. The wedding at the Dera will be performed as per Sikh rites and Anand Karj ceremony of the couple will be attended by only close friends and family members. Yuvraj Singh visits Parliament; invites PM Narendra Modi to his wedding

Yuvraj’s mother Shabnam Singh is a devotee of Baba Ram Singh, who has been their religious mentor. Yuvraj and his mother used to visit the Dera of Baba Ram Singh and village Hansali Dera of late Baba Ajit Singh Hansali Wale. Not only Yuvraj but his friend and fellow cricketer Harbhajan Singh too used to visit these deras. Both the deras have agriculture land and community kitchen (langar) is served round the clock. Yuvraj and his mother have personally invited Prime Minister Narendra Modi for the wedding.

Earlier,Yuvraj on Thursday went to the parliament to invite Prime Minister Narendra Modi and other ministers on his wedding. Earlier this year, Yuvraj had revealed that he had got engaged to Bollywood actress Hazel Keech in a private ceremony, and will marry by the end of the year. Yuvraj and Hazel will tie the knot on November 29, and the Indian cricketer ensured that he was present in person to invite the Indian Prime Minister and other ministers for his wedding. Yuvraj was accompanied by his mother Shabnam to the parliament, as the Indian all-rounder gears up to take a big leap in his personal life. 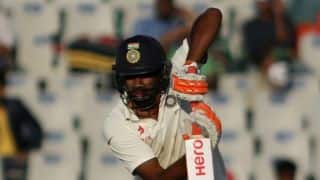