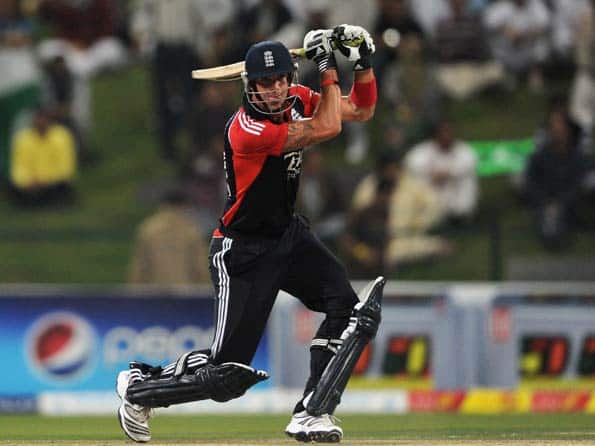 England batsman Kevin Pietersen, who is in touch with Yuvraj Singh regularly, said he is looking forward to renew his friendship with southpaw on the field Getty Images

Pietersen was quoted by BCCI s website as saying, “It s tragic what s happened to Yuvi. He s going through a tough time and it s not fair to talk about him in terms of cricket at the moment. Right now the only important thing is for him to get back to full fitness as soon as possible.”

The star cricketer said Yuvraj is a fighter and will return to action sooner. “We all care for him and we don t like to see a fellow professional suffer from an illness like this. He s a strong bloke. In the past he s fought back into the Test team after being dropped. He was the hero of the 2011 World Cup. The man s a fighter; and he s one of the most talented cricketers that India has produced. I look forward to renewing my friendship on the field with him in the not-too-distant future. I m in touch with him regularly. He ll be okay,” said Pietersen.

Pietersen a new entrant in the Indian Premier League (IPL) franchise Delhi Daredevils is excited about playing for his new franchise. He said,” I m excited. The concept of the IPL is a magnificent one. Something very special was started four years back and it s reached a different high. It s a free-spirited entertainment package that we all enjoy. The franchises now have their group of supporters. The players love it and I certainly love it.”

The flamboyant batsman will be a part of an intimidating line-up like that of Daredevils which boasts the likes of Virender Sehwag, David Warner, and Mahela Jayawardene.

When asked if he has evr been part of such a batting line-up he replied, ” No. Never ever. It is a formidable line-up and hopefully, a one that fires. Viru is a superstar. Warner won t be there for most of the tournament that I m there [for] and Jayawardene flies off with me as we play each other in a Test series in Sri Lanka. Yes, it is a very strong line-up but you ve still got to do the basics, see and hit the ball.”

Pietersen, who has been in good form of late, hopes to carry the form in the fifth edition of the IPL.

“Luckily, I ve come into some form and hopefully, will carry it into the IPL. I ve got a very good record in India and I topped the run-getters chart [for RCB] in the 2010 IPL season. I love playing in India; I enjoy the wickets here and boundaries are not very big,” said Pietersen.