Yuvraj Singh on Tuesday launched a free Cancer Detection Centre in Ranchi and urged people not to associate the dreaded disease with death.

Yuvraj Singh on Tuesday launched a free Cancer Detection Centre in Ranchi and urged people not to associate the dreaded disease with death.

“In people’s mind [if there is] cancer, he/she will die and won’t recover. But I think [one should go] door-to-door, talk to the people and make them aware about the check-up. Spread the message among your friends of the free detection centre,” Yuvraj said.

Launching YouWeCan Cancer Screening initiative, Yuvraj emphasised on the importance of early detection to control the menace of cancer.

“People are aware about my battle with cancer and my resolve to win it, and live a normal life like all. I am very happy to see the initiative reaching out to Jharkhand in a very short span of time,” he said.

Stating that he had the firm belief that “You & We together can fight cancer”, Yuvraj said he would be extremely happy if this initiative of cancer screening makes a difference to people and save lives.

To a query whether he has any plans of treating the poor free of cost, Yuvraj said they would decide on it in future, but now it was only detection.

The Pune Warriors India player is scheduled to play against Kolkata Knight Riders in an IPL match on Wednesday. 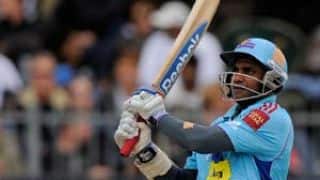