Yuvraj and Irfan have been part of two World Cup win - the inaugural T20 WC and the 2011 WC. 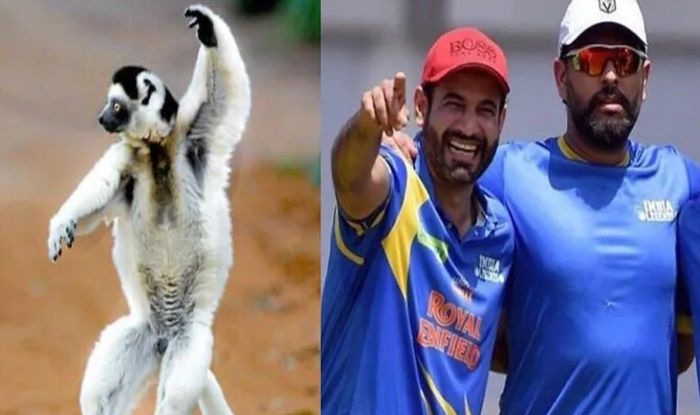 It is no secret that former India cricketers Yuvraj Singh and Irfan Pathan are close friends and hence when the latter posted a picture on social media comparing his bowling action to a ‘Sifaka’ on Thursday, the former was quick to respond.

In Irfan’s latest tweet, the Sifaka can be seen standing with open hands, which somewhat resembles his bowling action. He used a laughing emoji and asked fans ”close enough???”. Not just the fans, Yuvi came up with a hilarious response where he poked fun at Irfan. Yuvraj wrote don not know about the bowling, but fielding.

The banter did not end there as Irfan reacted to Yuvi’s response.

??? I think you chose wrong emoji bro. You meant this?? pic.twitter.com/nWSbCigQft

Both the cricketers have been enjoying their time at home during the coronavirus lockdown. Irfan has done a commendable job in helping the needy during the testing times along with his brother, Yusuf.

Yuvraj and Irfan have been part of two World Cup win – the inaugural T20 WC and the 2011 WC.