According to Yuvraj this win can change the fortune of the Daredevils in this edition of of IPL.

Yuvraj Singh, Delhi Daredevils‘ (DD) start cricketer and the most expensive player of Indian Premier League (IPL) 2015 was relived when his team managed to beat Kings XI Punjab (KXIP) and got back to winning ways after losing 11 IPl matches on a trot. DD beat KXIP at Pune in the match 10 of IPL 2015 on April 15. READ: Yuvraj Singh, Mayank Agarwal help Delhi Daredevils end winless run in IPL, beat Kings XI Punjab by 5 wickets

Daredevils’ bowlers restricted a power-packed KXIP batting lineup to 165 and in reply their batsmen chased down the target with a ball to spare. While talking to Iplt20.com, the southpaw said, “It was a big relief, not in terms of getting runs but in terms of the team winning after a string of losses which was hurting the team badly. We played good cricket in the first two games that we lost.” Full update: KXIP vs DD IPL 2015 Match 10

He further added, “We needed one win for a morale boost. It was great determination shown by the boys to get those two points and hopefully we can get a few wins from now. We are just going to go out there and be positive.”

According to Yuvraj this win can change the fortune of the Daredevils in this edition of of IPL. He said, “It is about winning games and getting those two points. The more games you play [and win], the more the team looks settled. If you don’t win too many games there is an uncertainty that the guys are not settled and you have a lot of changes. As we win a lot of games, I am sure the team will look better. We look settled at the moment. Let’s see what happens in the future.”

While talking about his possible return in the Indian T20 team for next years’ T20 World Cup, the classy left-hander said, “I don’t look so far ahead. I am just playing by the day and enjoying my cricket. I have had a decent domestic season and am looking forward to this IPL. As a team we want to get Delhi Daredevils back on track and we will see what happens next.” 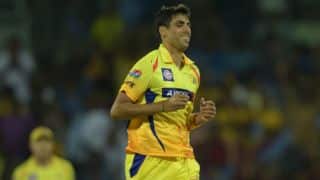 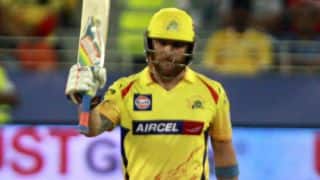 IPL 2015: Dwayne Smith and I compliment each other really well, says Brendon McCullum