Yuvraj Singh, in his usual banter mood, responded to Bumrah's Instagram post by taking a light-hearted jibe at the young pacer.

Known for his witty one-liners and unparalleled humour, former India all-rounder Yuvraj Singh knows more than a way or two to grab the headlines. Stealing the limelight once again, Yuvraj upped his social media game on Sunday as he posted a tongue-in-cheek comment on Jasprit Bumrah’s latest Instagram picture.

Bumrah dominated the headlines after he bagged the prestigious silverware at the recently-concluded BCCI Annual Awards in Mumbai on January 12. The 26-year-old was conferred with the Polly Umrigar Award for the best international cricketer (2018-19) and Dilip Sardesai honour for his outstanding achievements in the 2018-19 season.

The Polly Umrigar award is presented to the best male International cricketer and it carries a citation, trophy and cheque for Rs. 15 lakh. While Dilip Sardesai award is for both the highest wicket-taker and highest run-getter in Test cricket. Bumrah scalped 34 wickets in six matches including three five-wicket hauls during that period.

Expressing his happiness after winning the coveted honours, Bumrah took to his official Instagram handle to share picture of himself with the shinning trophies. “Grateful and honoured to be taking these two awards home tonight,” wrote Bumrah.

Grateful and honoured to be taking these two awards home tonight. 🏆

Soon enough, congratulatory messages poured in patting India’s premier pacer for his incredible contributions to the team and the sport of cricket alike. 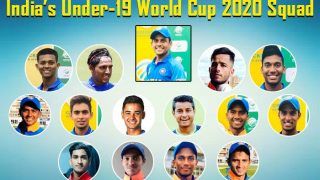 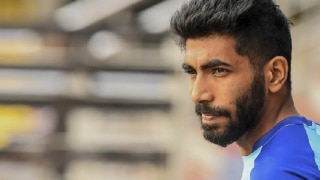