Yuvraj Singh may find himself out of the new list, or even downgraded from the Grade B.

Yuvraj Singh is unlikely to have his central contract with the Board of Control for Cricket in India (BCCI) for the 2014-15 season.

According to Zee News, the star all-rounder may not be a part of the Grade B list, which also has Gautam Gambhir, Shikhar Dhawan, Umesh Yadav, Pragyan Ojha, Ishant Sharma, Murali Vijay, Bhuvneshwar Kumar, Rohit Sharma, Cheteshwar Pujara and Ravindra Jadeja. These players receive an approximate sum of Rs 50 lakhs from the BCCI.

The report added that Yuvraj may find himself out of the new list, or even downgraded. Yuvraj, who was the Player of the Tournament in the ICC World Cup 2011 held in the Indian subcontinent, is not a part of the current Indian set up and may find it tough to break into the squad for the 50-over mega tournament to be held in Australia and New Zealand in 2015.

Yuvraj has played 40 Tests, 40 T20Is and as many as 293 One-Day Internationals. He is the only cricketer to have been a part of the winning sides of ICC World Cup, ICC World T20, and ICC Under-19 World Cup. 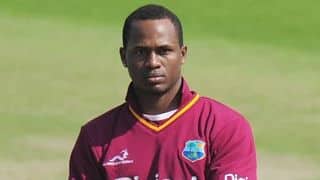 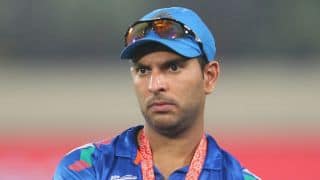 Yuvraj Singh admits career might be over, keeps hopes alive