Earlier this year, Yuvraj had revealed that he had got engaged to Bollywood actress Hazel Keech in a private ceremony, and will marry by the end of the year.

Star Indian cricketer Yuvraj Singh on Thursday went to the parliament to invite Prime Minister Narendra Modi and other ministers on his wedding. Earlier this year, Yuvraj had revealed that he had got engaged to Bollywood actress Hazel Keech in a private ceremony, and will marry by the end of the year. Yuvraj and Hazel will tie the knot on November 29, and the Indian cricketer ensured that he was present in person to invite the Indian Prime Minister and other ministers for his wedding. Yuvraj was accompanied by his mother Shabnam to the parliament, as the Indian all-rounder gears up to take a big leap in his personal life.

It is being reported that even though their engagement was a private affair, the wedding of Yuvraj and Hazel will be a grand affair, attended by personalities from cricket, Bollywood, other sports as well as politics. The star all-rounder, who is the son of a former Test cricketer Yograj Singh, last appeared on the international circuit for India in the ICC World T20 2016. Yuvraj has been an indomitable force in Indian cricket, and his career has been full of ups and downs so far. The hero of India s World Cup win in 2011, Yuvraj battled with a rare form of cancer to make a return to the cricket field once again. 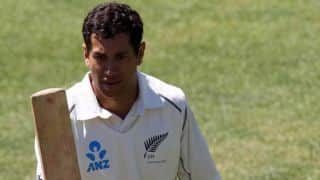