Chahal along with Kuldeep Yadav took 6 for 88 in the third and final ODI that helped India win the decider by 8 wickets against Sri Lanka.

India recorded their eight consecutive bilateral series win last evening by defeating Sri Lanka 2-1 in the 3-ODI series. Unlike earlier times, it was Yuzvendra Chahal and Kuldeep Yadav, who starred for the Indian side and not the much-famed Ravichandran Ashwin and Ravindra Jadeja.

After the win against Sri Lanka, Yuzvendra came for the press conference and spoke in length about his spin twin Kuldeep and more.

On his partnership with Kuldeep

“If the batsman is batting well, variation is the key. From the end I was bowling, I was not getting that much turn. My plan was to vary my pace as it will become difficult for the batsman to score. From the other end, Kuldeep was getting the ball to turn as he bowled slower. I was confident that if I could bowl from the end Kuldeep is bowling, I would do well.”

On comparisons with Ashwin and Jadeja

“Ashwin and Jadeja have done so much in the last 5-6 years. We have played only for four-five series. It is unfair to compare me and Kuldeep with them.

Our aim is to give our best when we go out and play. If you start comparing now itself to them, it will not be right. We have played most of our games in India, one series in Sri Lanka but the conditions were similar to India. We have not played overseas.”

The pair took 6 for 88 in the third and final ODI that helped India win the decider by 8 wickets.

On his desire to play Test

“Test cricket is everybody’s dream. I played seven games in the Ranji Trophy last year. Before this, I had played just one or two games. When I played last year, I performed well and it gave me confidence that I could play at the highest level. I have a habit of taking it one series at a time. I am not thinking about South Africa at all. My next focus will be the Twenty20 series.” 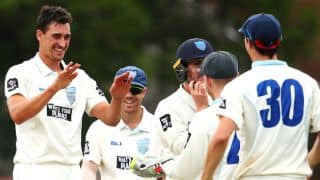 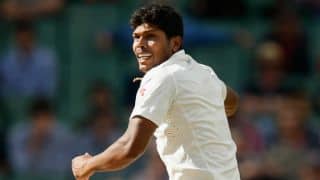