India leg-spinner Yuzvendra Chahal has often impressed his fans not only with his on-field performances but also with his off-the-field antics.

Celebrating their emphatic win over New Zealand in the just-concluded five-match T20I series, Team India players didn’t shy away from showing away all their excitement with some ‘special moves’ on Sunday. India choked New Zealand once again to turn it around for a seven-run win in the fifth T20I, registering a rare 5-0 series whitewash in the shortest format.

After the win, Yuzvendra Chahal and Shreyas Iyer tried recreating their ‘viral’ breakdance moves that have impressed the cricket fans all around the globe. Indian cricket team’s official Instagram handle on Sunday posted the video of the duo performing the moves after the presentation ceremony of the fifth T20I.

The former had earlier shared a Tik-Tok dance video on his official Twitter handle and captioned it as: “Off-field performance on point.”

After clinching two back-to-back Super Overs (3rd and 4th T20I), India beat New Zealand by seven runs in Mount Maunganui to complete a 5-0 clean sweep in the series. This is the first time when a visiting team had whitewashed New Zealand in their own backyard.

Off field performance on point ? pic.twitter.com/2LRswnVWNs

Virat Kohli and his counterpart Kane Williamson were both rested and the teams were led by Rohit Sharma and Tim Southee. Rohit however was injured while batting during the Indian innings because of which KL Rahul was handed over the captaincy duties. India set New Zealand a target of 164 to chase, before restricting them to 156/9.

The tour now moves to Hamilton where the first game (February 5) of the three-match ODI series between the two sides will be played. 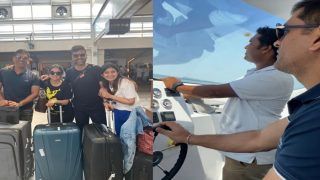 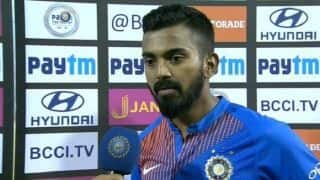