This piece of news was confirmed by the Dhanashree Verma on Thursday.

India leg-spinner Yuzvendra Chahal’s parents tested positive for Coronavirus. While Chahal’s father has been admitted to the hospital with severe Covid symptoms, his mother is being treated at home for the infection. This piece of news was confirmed by the Dhanashree Verma on Thursday.

In an Instagram post on Thursday, Dhanashree also said that her mother and brother had also tested positive for the novel virus when she was with Yuzvendra Chahal in the bio-bubble of Royal Challengers Bangalore during Indian Premier League (IPL) 2021.

Calling it an emotional period, Dhanashree confirmed that her mother and brother have recovered, but still she is visiting the hospital where her father-in-law is being treated.

“April-May. It’s been really tough and emotionally challenging for me. At first, my mother and brother tested positive. I was in the IPL bubble and felt extremely helpless but did monitor them time to time. It’s really difficult to stay away from your family. Fortunately, they have recovered,” Dhanashree said in an Instagram story.

Dhanashree also revealed that she lost her aunt and a very close uncle during this period.

“But I lost my aunt and very close uncle due to Covid and its complications,” she added.

“And now my parents-in-law have tested positive with severe symptoms. My father-in-law is admitted and my mother-in-law is being treated at home. I was at the hospital and I have witnessed the worst. I am taking all the precautions but… Guys please stay at home and take proper care of your family,” she wrote.

Meanwhile, the Indian Premier League has been suspended indefinitely due to the Covid crisis in the country. Reports suggest that BCCI is eyeing the September window to conduct the remaining 31 matches. 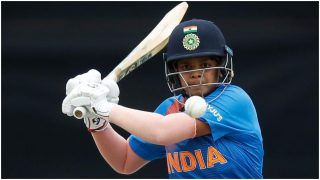 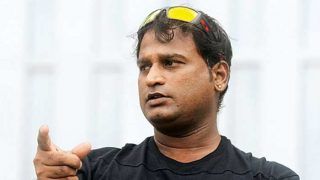