Legendary Zaheer Abbas has lamented the absence of a quality batsmen in Pakistan and advised the Cricket Board (PCB) to appoint a batting coach with the national team. 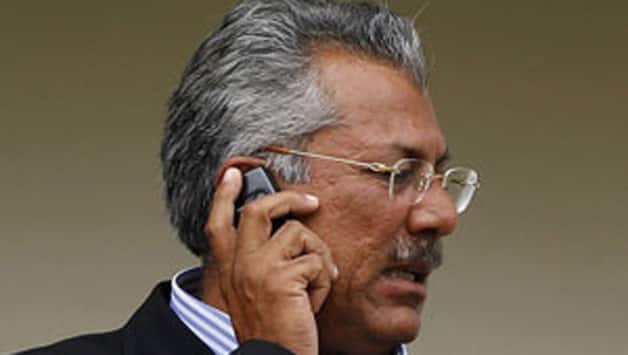 Legendary Zaheer Abbas has lamented the absence of a quality batsmen in Pakistan and advised the Cricket Board (PCB) to appoint a batting coach with the national team.

The former Pakistan skipper also suggested that senior players in the side had become a liability and should now be eased out of the team.

“I see the failure of the team in South Africa, be it in Tests or the ODIs, purely due to the substandard performances of the top order batsman,” Abbas told in an interview.

Known as the “Asian Bradman’ for his scoring feats in his illustrious career in which he notched up 108 first class centuries, Abbas said he felt sad to see the way Pakistani batsmen were humbled in South Africa.

“There was a time when Pakistan produced one after another great batsman. Today it is distressing to see that we don’t even have batsmen capable of scoring a half century in trying conditions like South Africa,” he said.

“It is disappointing to see the way we lost the first one-day match to South Africa even after playing eight batsmen,” Abbas added.

“I squarely blame the batsmen. Unless they don’t play with a clear mind and have passion and confidence to do well for the country they can’t succeed.”

Abbas, 65, who played 78 Tests, said every Pakistani cricketer wants to play in every format and that is the main problem for the inconsistent show of the national team.

“The time has come to get rid of such players who give mediocre performances and try to blood some new and young players. I believe that those batsmen or players who have become borderline cases and are not coming up to expectations must be replaced by fresh blood,” he said without taking any names.

The former captain said it appeared as if the Pakistani cricketers had become accustomed to playing only on subcontinent pitches.

“But what surprised me was that in South Africa the ball didn’t bounce much and the pace was also not that much. Yes, the ball seamed and moved around and our batsmen even failed to cope with that. Those players who have become a burden on the team must go,” said Abbas.

Usman Khawaja to split with manager over comments on suspension controversy