Zimbabwe registered a historic win against Australia in the third fixture of the three-match ODI series.

Queensland: Zimbabwe registered a historic win against Australia in the third fixture of the three-match ODI series. It came as a shock for all the cricket fans as the Aussies with some world-class players like David Warner, Aaron Finch, Steven Smith and Glen Maxwell in the ranks failed to come up with the goods. The Aaron Finch-led side were bowled out for 141. Warner played a lone hand of 94 off 96 balls as Ryan Burl went through the Australian middle-order, claiming 5 for 10 in 3 overs.

Zimbabwe batters kept their cool although they did stutter in the paltry chase. Tadiwanashe Marumani and Takudzwanashe Kaitano added 38 runs for the opening stand before Kaitano was dismissed by Australian pacer Josh Hazelwood. Skipper Regis Chakabva bailed his team out of trouble and saw his team off to a famous 3-wicket win.

Although Zimbabwe lost the series 2-1 but this massive win will keep them in good stead for the future.

Former India opener Virender Sehwag took to Twitter to hail Zimbabwe’s victory and called it the biggest upset in history.

Wow! Feels good when an underdog does well.

Zimbabwe beating a full strength Australian side in Australia. Not that anywhere else would have been lesser, but at home beating Australia has to be

One of the biggest upsets in history of ODI cricket. Well done Zimbabwe. #AusVsZim pic.twitter.com/PeYDBUpi65 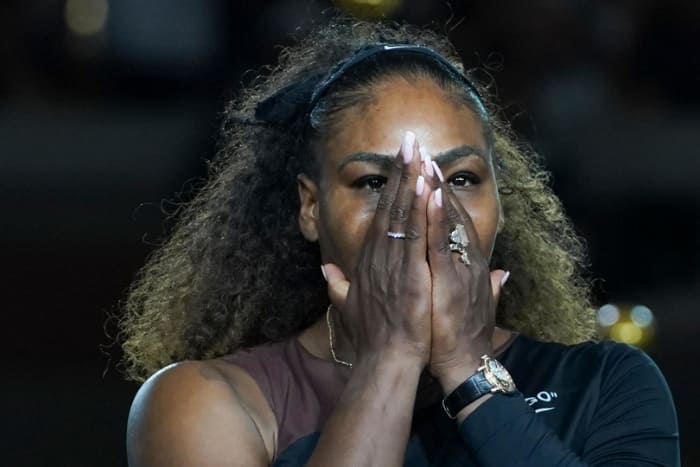 Serena Loses To Ajla Tomljanovic At US Open; Brings Curtains Down On An Illustrious Career