Zimbabwe reached 141 for seven at Tea on Day four.

At tea in the fourth day, Zimbabwe  lost the control of the match and just manged to score score only 61 runs in the post lunch session and lost five important wickets at Harare against South Africa in the one-off Test. They were 141 for seven and just leveled the South Africa’s first innings score. South Africa is back in the game in big time. Morne Morkel and Dane Piedt have taken three wickets each so far in the second innings for South Africa.

Earlier, Hosts had an Excellent first session . They lost the lone wicket of the nightwatchman Donald Tiripano, who also survived with a lot of fire from Styen and Morkel. At lunch Zimbabwe reached 80 for the loss of two wickets. At that time they were still trailing by 61 runs with eight wickets still in the bag. That match looked evenly poised, but the next session changed the whole scenario.

South Africa have created chances, specially the spinners, and their pacers did not look that effective. Sibanda and Vermeulen are making them work hard for the wickets. Earlier Styen and Philander have started proceedings for South Africa. But both the not out batsmen Tiripano (5) and Vusi Sibanda (38*) managed to play them without much problems. Eventually Dane Piedt got him when Tiripano probably got carried away and went for a slog sweep to miss it completely and was bowled. Fifth wicket of the match of Piedt.

In reply South Africa failed to reach 400, as JP Duminy (55) become the fifth victim of John Nyumbu. He became only the second Zimbabwe bowler to take a five-for on debut after Andy Blignaut. Nyumbu’s final figure was 49.3 overs seven maidens 157 runs and five wickets. Good debut for the off spinner. 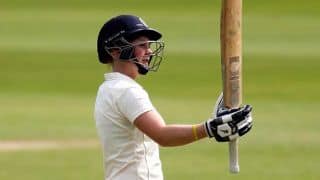 Heather Knight: Women's cricket should be subject to scrutiny 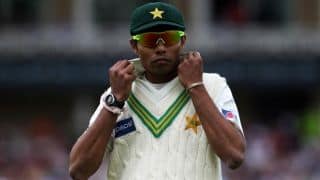