After at the wrong end of limited-overs series clean sweep against South Africa [ODIs an T20Is], Zimbabwe are gearing up to recover from the disappointment with a positive mindest.

After at the wrong end of limited-overs series clean sweep against South Africa [ODIs an T20Is], Zimbabwe are gearing up to recover from the disappointment with a positive mindset for the Bangladesh tour.

Pacer Kyle Jarvis is banking on familiarity with the conditions, absence of top Bangladesh stars in the three-match ODI series beginning from Sunday.

It was a very tough tour of South Africa but we have come here with a positive target; we’ve come here to win games, Jarvis said on Thursday. We’ve got four or five guys who’ve played the BPL, we know the conditions. We play here every year. We’ve definitely got a good chance. It helps that there will be no Shakib [Al Hasan], no Tamim [Iqbal], who are big players for Bangladesh, so we’re very positive going forward.

Jarvis, 29, knows the challenge Bangladesh will present considering their recent records in home conditions. Bangladesh are a very good team and they beat most teams in the world here. We know how difficult it is going to be but we’ve come here to win and that is what we are going to try and do. You never go to a tour expecting to lose. So we are here to be positive and to win games of cricket, he said.

Sikandar Raza is back in the squad after resolving contractual disputes with the Zimbabwe cricket board and his all-round skills will be boosted by his return. He’s obviously a big player for us. He’s been very good in the last 18 months, so it’s a big boost having him back. His off-spin and his batting in the middle order will be very valuable, he said.

Captain Hamilton Masakdza is reportedly unwell along with a few more Zimbabwe players who visited hospital for check-ups. I’m not sure exactly what’s going on. I think the guys are a little sick. I am hoping they will be ready for either [Saturday] or Sunday, Jarvis said. 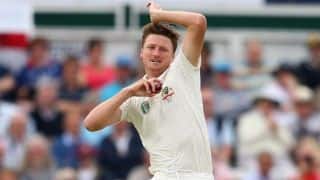 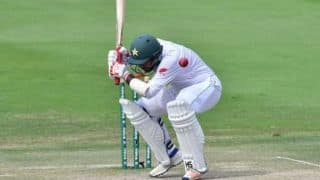