Zimbabwe managed to beat India not once but twice the last time they were in Zimbabwe and coach Andy Waller is hoping that his wards would spring the same surprise in at least one match of the five-game One-Day International (ODI) series that starts at Harare on Wednesday. 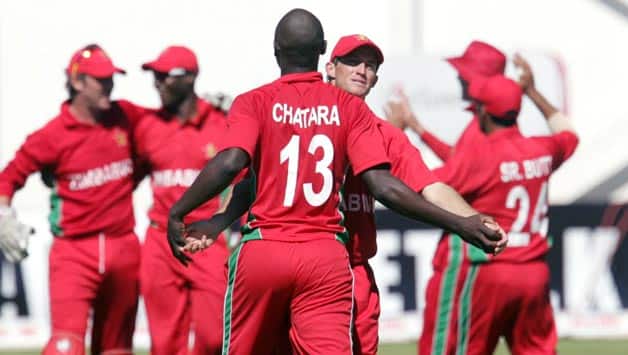 Zimbabwe managed to beat India not once but twice the last time they were in Zimbabwe and coach Andy Waller is hoping that his wards would spring the same surprise in at least one match of the five-game One-Day International (ODI) series that starts at Harare on Wednesday.

“All along we’ve prepared and hoped we might surprise them in one of the games. You’ve got to be realistic, but as long as we’re competitive and do the best we can,” said Waller.

Zimbabwe beat in both the matches of a tri-series during the visitors’ last trip in Zimbabwe two years ago.

“Our guys are hugely excited about this. It’s a great experience for them, and we’ve been preparing knowing that the best side in the world are coming. I think the guys are up for it. Hopefully all the hard work we’ve put in in the last nine weeks is going to pay off,” he added.

The India-Zimbabwe limited-over series is Waller’s first international assignment as head coach. He took over from Steve Mangongo, who had held the position in a caretaker’s role until the end of the home series against Bangladesh in May.

The Indian team might be missing some of its senior players, including captain Mahendra Singh Dhoni, in this tour but Waller insisted that Zimbabwe did not consider the squad a depleted one.

“I think they’ve just got so many players. With the new guys who’ve come in, I don’t think there’s a huge difference to be honest,” said the coach.

“We know that they’re all very good cricketers, so we don’t look at it like a weakened attack at all.”

Zimbabwe have prepared hard for the series. Apart from having a training camp, they have also played a three-day practice match against Australia A, which the visitors won by 80 runs as the host batsmen failed to back the hard work of their bowlers, who had utilised the bowling-friendly Country Club pitch very well.

Waller said he expected the batsmen to have an easier time at the Harare Sports Club, where the first three ODIs will be played, than in Bulawayo.

“It was quite an interesting wicket [at Country Club], quite a difficult wicket. I think the guys are actually quite positive about it, because they were a damn good bowling side. And I think we know it’s a lot harder batting on the wicket there than it will be at Sports Club,” he said.

Waller also confirmed that veteran left-arm spinner Ray Price will be a part of the Zimbabwe squad during the series.

“Price is in the squad, I don’t know why he wasn’t named in the original list,” said Waller after the team’s nets session.

The 37-year-old Price might be playing his last series for Zimbabwe. He has played just one international this year, and with national contracts up for renewal soon, the departure of him seems imminent.

Mithali Raj: The emblem of relentless pursuit for unmatched excellence in women's cricket